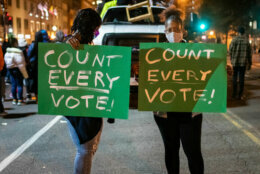 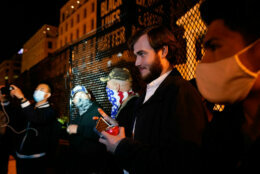 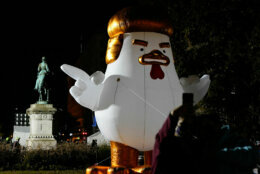 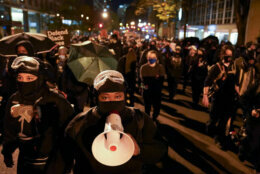 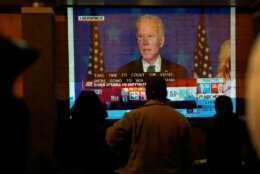 While Tuesday night’s election watch parties and protest events around the White House, Black Lives Matter Plaza and the streets of Northwest D.C. generally concluded peacefully, police in the District are looking into a stabbing that took place around 2:30 a.m. Wednesday.

D.C. police said two men and a woman were stabbed on New York Avenue N.W., close to the White House. Police were not able to identify any group affiliation of the suspects.

At a news conference Wednesday, D.C. Police Chief Peter Newsham could not confirm that the victims were Proud Boys, a far-right group.

“We don’t know the affiliations of the suspects or the victims in this case,” Newsham said, adding that it will be part of the investigation, but cautioning that information gathered at the scene is “preliminary in nature.”

“And oftentimes, unfortunately, it changes. So all I can say is after more extensive investigation with the victims of the crime, we don’t know who they were affiliated with,” he said.

WTOP news partner NBC Washington reported earlier that the victims identified themselves as members of the Proud Boys. Police said the injuries were not life-threatening.

In D.C., by 3:30 a.m., WTOP’s traffic reporter Rich Hunter said the remaining groups of protesters had mostly dispersed after a final rendezvous near the intersection of Georgia and Missouri Avenues NW in Brightwood.

Scattered protests also took place from Seattle to New York City, but across the U.S. there were no signs of serious violence or widespread unrest in the hours immediately after the polls closed, with the outcome still unknown.

The demonstrations in Washington were largely peaceful, with people shouting, “Whose streets? Our streets!” and “If we don’t get no justice, they don’t get no peace!”

Groups of teenagers danced in the street as onlookers cheered. Large banners, including one reading “Trump lies all the time,” were unfurled.

At one point, the marchers stabbed the tires of a parked police van to flatten them.

This late-night march goes on, winding through Dupont Circle shining lights at apartment buildings. Two trash cans were set on fire back on Connecticut but were put out pretty quickly. Now it’s north to Meridian Hill. pic.twitter.com/bIMhBYNEpc

WTOP’s Alejandro Alvarez is on the scene and described the protesters as more radical than the crowds that had gathered earlier in the evening by the White House to rally and watch results of the election.

Alvarez said protesters launched flares into the air, and a trash can was set on fire at Connecticut Avenue and S Street Northwest.

Hundreds of people marched in anti-Trump demonstrations in Portland, Oregon, and Seattle, with several arrested.

“This is what democracy looks like,” protesters chanted in Portland, where organizers said the demonstration would be peaceful and that regardless of the presidential election result, they would continue protesting in support of racial justice. The sheriff’s office said some protesters were openly carrying guns.

In Seattle, police said they arrested several people, including someone who put nails in a road and another who drove over a barricade and into a police bike lane. No one was injured.

Hundreds of businesses in cities across the U.S. boarded up their doors and windows ahead of the election, fearing the vote could lead to the sort of violence that broke out earlier this year after the death of George Floyd under a Minneapolis police officer’s knee.

“Some people would like to cause mayhem and trouble,” Washington Mayor Muriel Bowser said earlier in the day. She said she had never seen so many businesses being boarded up: “That all saddens me.” 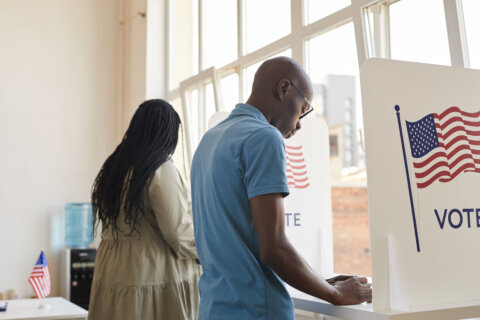 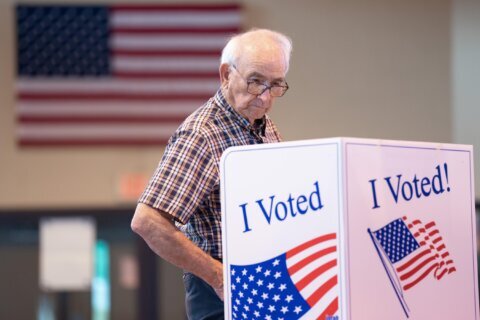