The National Coalition Against Censorship, PEN America, and the Dramatists Legal Defense Fund urged school officials to rescind their decision and work with students to stage the play as planned in March.

Administration at Douglas Anderson School of Performing Arts in Duval County, Florida, this month pulled it from production — a few weeks after casting had been decided. It was swapped out for “The Seagull,” a classic Anton Chekhov play.

Sonya Duke-Bolden, a Duval County district spokesperson, told The Associated Press the decision was made because the play “contains adult sexual dialog that is inappropriate for student cast members and student audiences. It’s that simple.”

Duke-Bolden denied the decision had anything to do with a new Florida law restricting discussion of race and gender topics. Critics have dubbed the ban the “Don’t Say Gay” law and say that type of restriction marginalizes LGBTQ people.

“The decision has no relevance to any legislation but is rather a function of our responsibilities to ensure students engage in educational activities appropriate for their age,” Duke-Bolden said.

Vogel’s “Indecent” is a behind-the-scenes look at the true story of a controversial 1923 Yiddish play, which featured the first Broadway stage kiss ever between two women and led to censorship and violence. It was nominated for a best new play Tony Award in 2017.

Vogel told PEN America she is suspicious about the county’s reasoning: “I’m not in the business of politics, but whatever that board says in terms of statements that they’ve released about why they’re doing this, they’re putting sheep’s clothing over a wolf.”

In previous years, the Douglas Anderson School of Performing Arts has mounted performances of “Rent” and “Chicago,” both works that have addressed sex and adult situations. Students were required to provide parental consent to appear in “Indecent.”

The coalition of free speech groups said the cancellation of “Indecent” is “deeply hurtful to LGBTQ+ students, including members of the cast, who see the rejection of the play as a denial of the historical experience of LGBTQ+ people and the persistence of discrimination against them.” 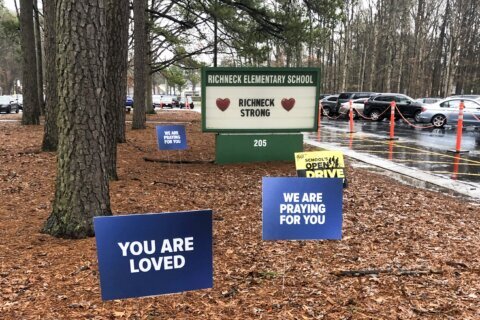