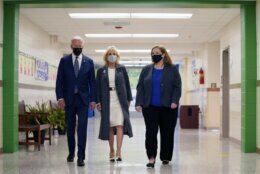 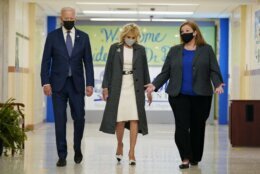 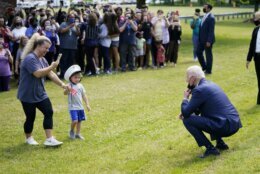 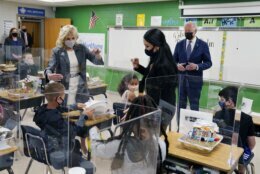 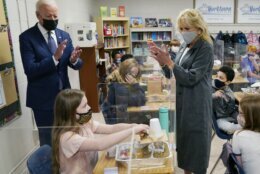 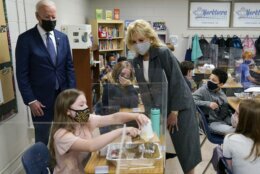 The president said that education was the key to the country’s dominance and that people needed classes beyond high school for the nation to be globally competitive.

“When America made 12 years of public education universal in America in the early 1900s, it made us the best educated nation in the world,” Biden said. “The rest of the world has caught up to us. They’re not waiting. And 12 years is no longer enough to compete with the world in the 21st century and lead the 21st century.”

Community college is an issue of personal importance to the Bidens. The first lady is an English professor at Northern Virginia Community College in Alexandria.

“My students, like all the students here, I’m sure, come from every walk of life,” she said. “They show up, they don’t complain, and all they ask is for one thing in return: the chance to work hard and build a good life for themselves and their families.”

Biden joked that advocacy for community colleges was crucial for his own marital happiness.

“I have to admit if I didn’t have these positions I’d be sleeping on Lincoln bedroom,” the president teased.

There is uncertainty about Biden getting an ambitious set of spending programs through narrow Democratic majorities in Congress. He has proposed a combined $4.1 trillion to be spent on infrastructure, broadband, new school buildings, electric vehicle charging stations, the power grid, child tax credits and child care, among other programs.

All of that would be mostly financed by higher taxes on corporations and the wealthy, an idea that has met immediate opposition from Republicans.

The Bidens began their trip by touring a fifth grade class at Yorktown Elementary School.

The president went around asking the students, “What do you want to be when you grow up?”

“A fashion designer,” one student responded.

“A chef,” another said, to which Biden replied, “Holy mackerel, I’ll be darned!”

“A hairdresser,” one student said. Biden quipped: “I could use some, some hair, I mean.” 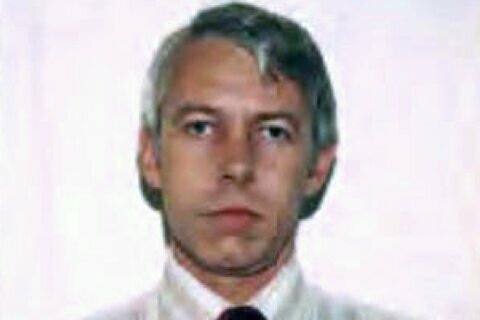 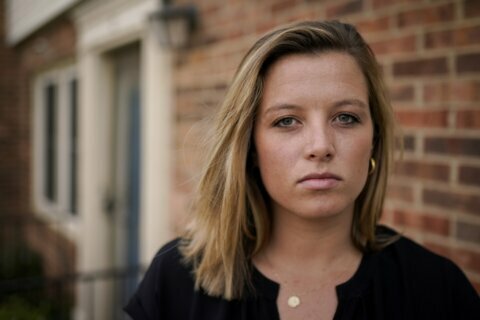