BOSTON (AP) — A Massachusetts state judge has dismissed a lawsuit from a Connecticut woman who said Harvard University illegally owned photos of her enslaved ancestors and refused to turn them over.

The lawsuit dismissed Tuesday centered on a series of 1850 photos thought to be among the earliest images of enslaved people in the United States. The photos depict a South Carolina man identified as Renty and his daughter, Delia. Both were posed shirtless and photographed from several angles.

The photos were commissioned by Harvard biologist Louis Agassiz, whose theories on racial difference were used to support slavery in the U.S.

In her 2019 lawsuit, Tamara Lanier, of Norwich, Connecticut, said Renty and Delia are her ancestors and that the photos were taken against their will. She demanded the photos from Harvard, saying the Ivy League school had exploited the portraits for profit, including by using Renty’s image on the cover of a book.

Lanier’s lawsuit alleged that Agassiz saw Renty and Delia as “nothing more than research specimens” and forced them to participate in a “degrading exercise designed to prove their own subhuman status.”

The lawsuit says Lanier verified her genealogical ties to Renty, whom she calls “Papa Renty” and says is her great-great-great-grandfather.

But the judge hearing the case sided with Harvard, which argued that Lanier had no legal claim to the photos. In her decision, Middlesex Superior Court Judge Camille Sarrouf said the photos are the property of the photographer, not the subject.

“Fully acknowledging the continuing impact slavery has had in the United States, the law, as it currently stands, does not confer a property interest to the subject of a photograph regardless of how objectionable the photograph’s origins may be,” Sarrouf wrote in the decision.

Civil rights attorney Ben Crump, one of Lanier’s lawyers, said he planned to appeal the case.

“We remain convinced of the correctness of Ms. Lanier’s claim to these images of her slave ancestors and that she will be on the right side of history when this case is finally settled,” Crump said in a statement. “It is past time for Harvard to atone for its past ties to slavery and white supremacy research and stop profiting from slave images.”

In a statement, Harvard said it’s exploring how to put the photos in “an appropriate home” that “allows them to be more accessible to a broader segment of the public and to tell the stories of the enslaved people that they depict.” 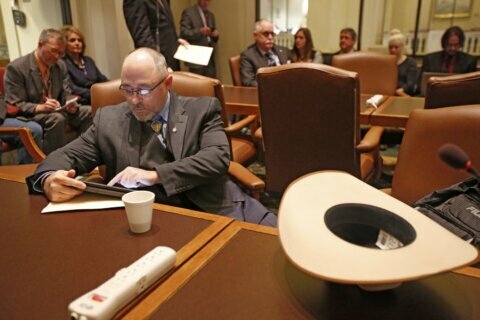