DC teacher among many leaving school midyear: ‘I had no control over my classroom’

A young teacher at D.C.'s Ballou High School shares some of the reasons that led her and other teachers to flee the school in higher-than-normal numbers before the end of the school year. "One student threw a stapler at me," she said.
Listen now to WTOP News WTOP.com | Alexa | Google Home | WTOP App | 103.5 FM

WASHINGTON — Turnover in the teaching field is high. Just how high that churn is has been the subject of debate.

A study published in 2015 by the U.S. Department of Education’s National Center for Educational Statistics found that 17 percent of teachers with less than five years of experience end up leaving the field for good. In urban school districts, the number is higher.

This academic year, from 2016-2017, The Washington Post reports that a higher-than-normal number of teachers left before the school year ended. Two hundred teachers systemwide left District of Columbia Public Schools.

At one school, Ballou High School in D.C.’s Ward 8, more than a quarter of the staff headed for the door. Rowan Langford was among those who decided to call it quits before the last day of classes. The novice teacher was painfully aware of the impact her midyear departure could have.

“I hate to be a part of this problem. A lot of these kids have had their teachers quit on them before,” Langford told WTOP.

But Langford said she was struggling almost immediately. She said she thought about quitting just two months after she was hired. She’s frank in pinpointing her own shortcomings as well as where DC Public Schools fell short.

“I felt like I didn’t have that much support in like, making lesson plans. I had no control over my classroom, really.”

“My assistant principal was really, really, honestly fantastic and she really wanted to help me. But I think that she just didn’t have the time or resources to help me,” Langford said.

When asked about the management of the principal, Dr. Yatunde Reeves, Langford would only say “I’d rather not talk about that.”

DCPS press secretary Michelle Lerner responded to WTOP in an email late Tuesday: “DC Public Schools is proud of the leadership of Principal Reeves at Ballou.” Lerner cited increases in graduation rates and a reduction in student suspensions, among other benchmarks.

Regarding the issue of teacher retention, Lerner wrote, “It’s a challenge for school districts across the country when teachers leave mid-year, and DC Public Schools is working to ensure that all teachers feel supported and have the ability to hire high-quality teachers when positions become available.”

Ballou saw 21 teachers leave during the period from August — the start of the school year — to February, The Washington Post reports.

Langford, who graduated with a B.A. in math, picked up some training while teaching summer school — but that was at the elementary school level. As a newly minted college graduate, she wasn’t much older than many of her students at Ballou.

“One of the things that we’d like to see the District put a lot of time and investment into is induction programs.”

Those would include mentoring with teachers who have extensive experience and professional development courses that would help teachers deal with management and behavior issues in the classroom. The induction period would go far beyond the early part of a new teacher’s first school year, says Pogue-Lyons.

“These are programs that teachers would be a part of from one to three years,” she said.

Langford says she was paired with a mentor teacher, “but she actually also wound up quitting Ballou at the same time I did.”

Looking back, Langford says her young age and her lack of professional training played a role in her difficulties. The workload was also daunting; she taught seven classes and had 200 students.

Student absenteeism and some of the behavior issues she dealt with also took a toll.

“One student threw a stapler at me,” Langford said.

But she recognizes that a lot of her students had challenges outside of school that made attending hard. She taught Algebra 2 and says when students came back from absences, they struggled to catch up to an academic level that already outpaced what they’d managed to master. Despite her experience, Langford, who is now learning to code and looking at entering the world of IT, says she might return to teaching.

Pogue-Lyons says many new teachers enter the field with passion, but little of the kind of educational training that can help them survive the first years of teaching.

“If teachers are not involved in any type of induction program, they’re more likely to leave teaching within the first three years,” she said.

Reality can be a slap in the face to new teachers eager to play a role in the lives of young people, she added.

“There’s a difference between having a passion and actually getting in a classroom and working with students.” 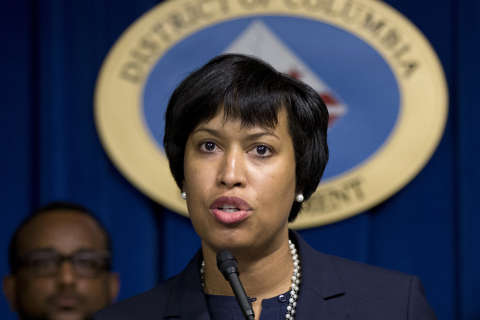