Back to school: D.C. students to add bike riding to their lessons

WASHINGTON — Remember gym class? Did you ever repeat those fitness drills or play dodgeball as part of your fitness routine?

This year, public schools in D.C. will introduce kids to a form of fitness teachers hope the kids will adopt for life: riding a bike.

“Every second grader is going to learn how to ride a bike,” said Miriam Kenyon, director of health and physical education for District of Columbia Public Schools.

For some kids, that could mean a trip to Anacostia Park, for others a field trip to Rock Creek Park.

The bikes are being supplied by D.C.’s Department of Transportation.

On Tuesday, Kenyon was joined by Brian Pick, chief of teaching and learning, at the school system’s warehouse in Northeast.

“We have 300 assembled bikes in front of us and another 300 behind us waiting for assembly by our volunteers,” Pick said.

Kenyon pointed out the sporty look of the BMX-style bikes.

“These are bike-shop quality bikes. They are very sturdy so that they can get multiple use,” Kenyon said.

The introduction of bike riding as a life skill isn’t just an effort to introduce kids to a lifelong fitness activity. It also will tie into classroom skills that the students are developing, including things such as learning to read maps.

Pick said that this fall, the school system plans to introduce something called the “Cornerstone Initiative,” part of a series of linked lesson plans.

“This is a series of 200 shared assignments that will happen in grades K-12 across the system, not only in PE, but in every subject area — in reading, in math, in social studies, health, PE and world languages,” Pick said.

The shared assignments mean that teachers across D.C. an exchange ideas and feedback about how their lesson plans worked, or if they didn’t what needs to be tweaked.

But for most kids, the focus will be on those shiny blue bikes. Pick said the introduction of the bikes as fitness equipment is a way to bring fun and excitement to the physical education experience.

Kenyon said some principals were a bit concerned about the safety of kids out on city streets, but once they are shown the routes that have been mapped out, those fears would be allayed.

The Washington Area Bicyclist Association has played a big role in introducing the idea of bike safety in the school curriculum. Kenyon said that Daniel Hoagland of WABA partnered with PE teachers on doing bike safety instruction, but that was on a school-by-school basis.

The new program means 80 elementary schools will be taking part, so every child will have a chance to learn to ride. And each student will wear a helmet.

Pick, a cyclist himself, said he was excited about sharing his enthusiasm for cycling with students.

“Cycling is a great way to see the city. There are a lot of hidden gems” in the District of Columbia, and Pick said. “Hopefully this is just one steppingstone to greater enjoyment of both biking and Washington, D.C.”

DDOT funded the purchase of the bikes from a local chain Revolution Cycles and staffers from the bike shop volunteered to put them together in two days. The staffers will return later to build the remaining 300 bikes for DCPS. 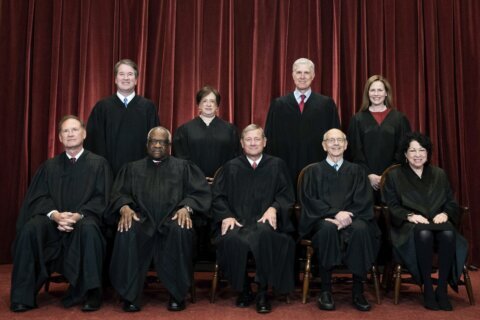