Weeks after Van Ness sniper shooting, ‘unprecedented’ look into investigation but still no answer to why

Three weeks after a sniper opened fire on a Northwest D.C. school, wounding four and terrorizing several blocks in Van Ness before turning the gun on himself, police are providing an "unprecedented" inside look into their investigation.
Listen now to WTOP News WTOP.com | Alexa | Google Home | WTOP App | 103.5 FM
(1/7) 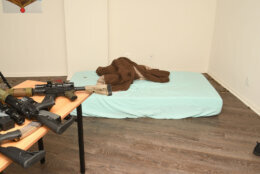 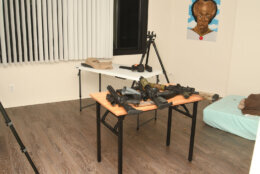 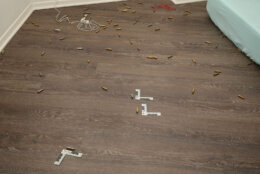 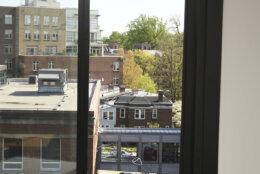 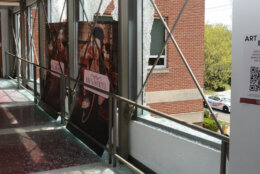 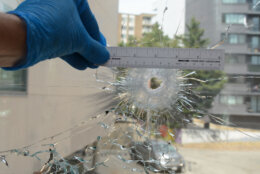 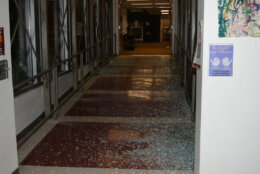 Three weeks after a sniper opened fire on a Northwest D.C. school, wounding four and terrorizing several blocks in Van Ness before turning the gun on himself, police are providing an “unprecedented” inside look into their investigation.

“It’s easy when you have a suspect who leaves behind a manifesto or something like that to tell you why they did what they did,” Contee said at a news briefing Thursday afternoon. “His family has not suggested any reason why he did this. Honestly, I just don’t know that answer yet. But we’re not going to stop until we finally find it.”

Police are also still trying to figure out how Spencer financially supported himself leading up to the shooting and what he did with his cellphone, which has still not been recovered, before law enforcement closed in on him.

Contee said providing the timeline and details into the investigation, which included the public release of several photos of the crime scene and evidence, was geared toward giving the public an understanding of what police “were dealing with on this dreadful day here in the District of Columbia.”

However, the news briefing, which appeared to have been hastily assembled, was announced several hours after The Washington Post published an exclusive report into how police handled the shooting that it said was based on “early access” to that investigation.

During the briefing, Contee said helpful tips from the public played a key role in quickly identifying Spencer, whose real-time social media posts during the shooting spree were forwarded to and quickly dissected by police.

One of the posts included a video of the shooting taken from Spencer’s perspective, showing him training his sights on a glass-enclosed elevated footbridge connecting two sections of the Edmund Burke School.

“If you go back and look at that video that he recorded and posted … you will see that he had his target on that footbridge where the young people were crossing … he’s following along as they start to run when the shots were fired,” Contee said.

Authorities also discovered, during the shooting, that Spencer edited the Wikipedia page of the Edmund Burke School. Spencer made no attempt to shield his IP address, Contee said.

“He didn’t do anything to disguise who was actually behind this,” Contee said.

Later, another good Samaritan on the scene of the shooting pointed out to responding officers where he thought the shots had been fired from — a fifth floor in the AVA apartment building across from the Edmund Burke School.

That tip allowed police to stage counter-snipers with their weapons trained on Spencer’s apartment.

By that point, however, police now believe Spencer had left his sniper’s position at the window, barricaded the door of his apartment with the refrigerator and retreated to a bathroom where he kept tabs on police closing in using a video baby monitor he had rigged up in the apartment hallway.

When police attempted to enter Apartment 511 at 8:36 p.m. that night, several hours after the shooting spree began and about an hour after police identified Spencer as the suspected shooter, the man fatally shot himself in the bathroom.

Contee said police have spent the past three weeks tracking Spencer’s whereabouts leading up to the shooting.

The night before the shooting, Spencer, who also had an apartment in Fairfax County, traveled from Virginia to Van Ness using a ride-hailing car. Surveillance video footage form the D.C. apartment building, released by police Thursday, shows him pushing a large suitcase investigators believe he used to transport six firearms found in the D.C. apartment.

In the D.C. apartment, there was a bed, two tables covered in high-powered weaponry, and no more than three items of clothing hung in a closet. Neighbors of both apartment said they never saw any friends or visitors.

Det. Joshua Branson, the lead detective on the case, said police have some phone records but they have not yet found Spencer’s phone.

“He moved out one day last year and kind of dropped off of the grid, if you will,” Branson said.

Investigators are still piecing together his financial records, saying he racked up several thousand dollars in credit card bills, but police aren’t sure yet how he paid for his two apartments.

The firearms — six guns in the D.C. apartment and three unassembled firearms in the Virginia apartment — were legally purchased, Contee said, and background checks showed no criminal history.

“When you say a true loner, this individual at least for the last year or so and prior to that, really, really defines a loner, in my view,” Contee said.

During the briefing Thursday, Contee praised an off-duty officer who was working security at the Edmund Burke School, Officer William James Peterson, for quickly calling in the report of the shooting at 3:18 p.m. that Friday, as the school was preparing to dismiss for the day.

Peterson is “just a hero in my book,” Contee said, for quickly identifying the active shooter situation unfolding and assessing the scene.

The chief also praised Second District Cmdr. Duncan Bedlion for taking control of the situation after racing to the scene, and, essentially locking down access to the area, which Contee said may have saved lives.

All told, four people were injured in the shooting, a 12-year-old girl who was walking through the elevated glass bridge; a 47-year-old woman who was waiting in her vehicle at the school pickup location, a 63-year-old woman who suffered a slight graze wound and was treated at the scene; and a 56-year-old retired police officer who remains in the hospital.

Contee said he visited the retired officer in the hospital recently.

“He is so incredibly grateful and thankful to be alive today,” Contee said.