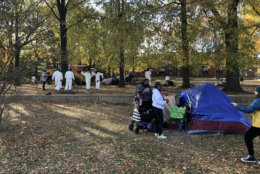 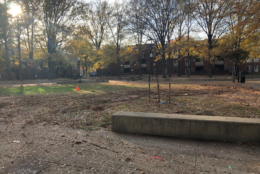 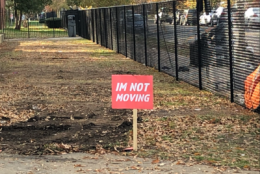 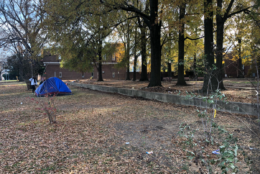 As D.C. cleared another encampment at New Jersey and O streets Northwest on Thursday, one council member proposed emergency legislation to pause such actions.

Brianne Nadeau, who represents Ward 1, tweeted that her bill would “pause the clearings of encampments until at least the end of hypothermia season — separating the housing and support services element of the program from the clearings and evictions element.”

“The bill also responds to community concerns by establishing minimum public health & safety requirements for some of the encampments, as designated by the CARES pilot. Many people will accept housing, but it doesn’t work when we force them to do it on an arbitrary timeline.”

WTOP’s Michelle Basch was at the site of the clearing. Activists were already there, opposing the city’s actions.

Here’s a before and after, of a tent that’s just been pushed over @WTOP pic.twitter.com/W4lkcHQtjD

Nadeau was also at the scene of the clearing Thursday and, in a series of tweets, said there was confusion and disorganization.

“There were a number of case workers, advocates and community members helping several residents who had not been housed pack up their belongings. There was confusion among encampment residents — some did not know if they were receiving a housing resource, hotel, or if they need to pack up and find a new location to sleep tonight. Some were feeling uncertain about their future, not knowing exactly how long the resources offered, if any, would last.”

She added, “Many times it is not a matter of whether encampment residents will accept housing, it is that they have been experiencing homelessness and there are real challenges that can’t be resolved before 10:30 a.m. on a date that someone else chose.”

Reggie Black, with the People for Fairness Coalition, echoed Nadeau, saying that the person who is currently homeless and going through housing instability should be the person at the “forefront” of creating and implementing the solution.

“We should not be just arbitrarily thinking that one box fits all, or one shoe fits all feet,” Black said. His organization’s mission, he said, is to end housing instability through advocacy outreach and peer mentoring.

Black said that many of the camp’s residents are going to a hotel, which he considers a “significant failure” of the pilot program.

Sunrise DC’s Kush Kharod said his organization had been at the site since 7 a.m., and when the police arrived later Thursday morning, they put up barriers.

“They did not allow us to go out and in. They didn’t allow residents to come out. And then we actually had to sneak them from the back just to get their belongings. And they also didn’t allow caseworkers who were the ones that helped them with housing in at all several times during the day,” Kharod said.

Despite being able to get some of the residents in hotels, from Sunrise DC’s experience, Kharod said that less than 33% of the people in the camp are getting housing. “The majority of residents are just getting pushed out of the city or to another encampment. … On the promise of getting housing, they actually just kicked them out,” Kharod said.

One camp resident remained, however. Black said this person does not have a housing accommodation, but he’s also heard repeatedly that the person has housing.

Black said the resident was frustrated that she’s under threat of eviction.

WTOP’s Michelle Basch and Abigail Constantino contributed to this report.