A report released Tuesday by the Office of the D.C. Auditor raises new questions and concerns about the process of automatically sending voters ballots in the mail ahead of elections.
Listen now to WTOP News WTOP.com | Alexa | Google Home | WTOP App | 103.5 FM

A report released Tuesday by the Office of the D.C. Auditor raises new questions and concerns about the process of automatically sending voters ballots in the mail ahead of elections.

Before the 2020 presidential election, D.C. mailed ballots to every registered voter as a way of making voting easier during the coronavirus pandemic.

The audit found that of the more than 420,000 ballots that were mailed out, 48,018 of them were returned as “undeliverable.”

Nick Jacobs, a spokesman with the D.C. Board of Elections, said one of the main reasons is that so many people in the nation’s capital are constantly moving and changing addresses.

“D.C. is one of the most transitory cities in the world,” Jacobs said.

When asked whether it raised concerns about people using incorrectly mailed ballots to commit vote fraud, Jacobs replied, “No.”

“Our elections have been conducted in a fair, open and transparent manner,” he said. “There’s never been a question about integrity.”

Jacobs added that “voter fraud is a crime” and that the board would “fully investigate and prosecute it where applicable.”

The audit highlighted other jurisdictions around the country that automatically sent voters ballots in 2020, including California, which had an undeliverable rate of 1.4%, and Washington state, where the rate was just 0.9%.

Jacobs called the issue a “growing pain” for D.C., and said the board was working to improve the accuracy of its voter rolls.

Voters can do their part as well, he said.

“We are constantly urging voters to check their registration and make sure all of their information is current,” said Jacobs.

Some lawmakers have called for making the automatically-mailed ballots a permanent part of elections in the District. The next election in D.C. is a primary in June 2022, when voters will nominate candidates for mayor, D.C. Council and attorney general. That will be followed by the general election in November. 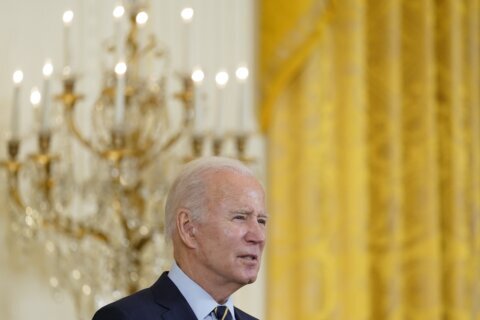