D.C. police are being taught how to intervene if they observe fellow officers reacting to a situation in a way they should not.
Listen now to WTOP News WTOP.com | Alexa | Google Home | WTOP App | 103.5 FM
(1/3) 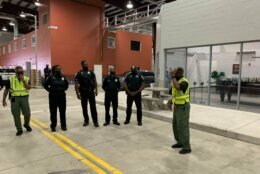 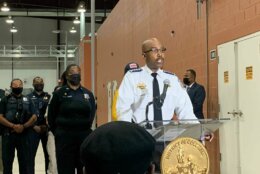 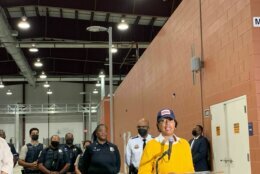 D.C. police are being taught how to intervene if they observe fellow officers reacting to a situation in a way they should not.

It’s called Active Bystander for Law Enforcement, or ABLE, training, and the District’s police department adopted it in 2021 as part of its annual professional training program. It teaches officers to intervene to prevent harm and aims to create a “law enforcement culture that supports peer intervention,” a D.C. news release said.

“Intervening is often harder than not. It is a skill that can be trained,” D.C. police Chief Robert Contee said.

Contee cited the case of George Floyd, whose death in the custody of Minneapolis police sparked nationwide calls for police reform, as an example of when officers should have intervened but did not.

In his 30-year career, Contee said there have been many instances that could have been handled differently — and better.

Mayor Muriel Bowser said lessons must be learned from what happened in Minneapolis.

“We have to ensure that dynamic never happens again,” Bowser said.

“As we do with any public servant, we expect, even in high-pressure situations, for the men and women of the Metropolitan Police Department to act and react in ways that make our whole city proud,” Bowser said in a statement.

The training gives officers techniques to perform an intervention on a fellow officer, a subordinate or even a superior officer. It borrows skills from industries such as aviation, medicine and college campuses.

Contee said it gives officers “the confidence and ability to intervene before misconduct has the ability to occur or to step in before things are exacerbated, thus reducing discipline and career-altering events.”