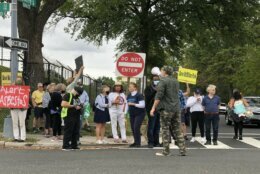 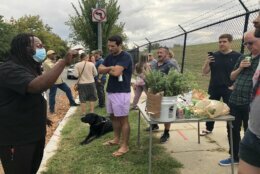 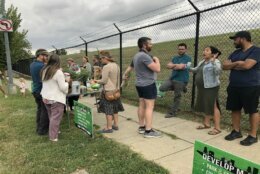 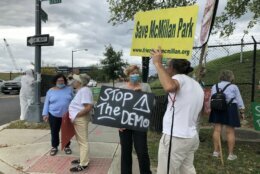 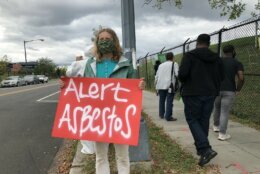 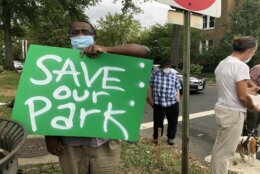 Neighbors with opposing views on the current demolition and upcoming development of historic McMillan Park in D.C., confronted one another Saturday afternoon.

The “Stop Demolition, Save McMillan” rally outside the 25-acre site along North Capitol Street Northwest was met with another group who believe the demolition and development should move forward.

The redevelopment of McMillan Park was a source of controversy, even before recent proposals were made public.

Built around 1901, the large estate along North Capitol Street in Northwest D.C. housed a sand-filtration water purification plant, and was used to store water underground for the District.

Because of its historic significance and concerns redevelopment and commercialization would bring additional traffic to the already congested Bloomingdale area, many neighbors are still fighting the planned overhaul.

Andreas Stargard, who lives on First Street in northwest D.C., said they will be filing a federal temporary restraining order to stop the demolition.

“There are actually federally imposed restrictive covenants that run with the deed to this land, and those covenants in the deed have been violated by the current project as it is planned and by the ongoing demolition that you see up there,” Stargard said.

Another neighbor, Bradley Scarborough, disagreed. He wanted the plan to continue and for D.C. “to build a beautiful 8-acre park, a grocery store, restaurants, something that’s important to this neighborhood. That’s why we invested in this neighborhood.”

But another neighbor, John Capozzi, asked if demolition supporters claimed they wanted a park, why not make the whole area a park?

“I think it’s important that our city focus on green space and parks, and there’s no bigger place than here at McMillan,” Capozzi said. “I can’t think of a bigger green space than to leave it how it is and improve it as a park.”

Regardless of what side of the debate they fell on, many in the area just want something to happen.

Amy Zhou said she’s lived in the area for three years and the way the McMillan Park property is currently fenced up makes it difficult to navigate.

“Right now, the space is an inaccessible plot of land that doesn’t provide any benefit to the community.”