A 14-year-old boy has been arrested following a series of armed robbery-kidnappings throughout the District, D.C. police said Wednesday.

The teen, from Southeast, has been charged with multiple counts of kidnapping while armed and robbery.

Police are still looking for other suspects. On Monday, they said they were looking for three or four people in the brazen and violent armed kidnappings.

Since Tuesday, Aug. 24, at least six people have been robbed in similar fashion, according to John Haines, commander of the Criminal Investigations Division, with D.C. police. The kidnappings took place late at night or early in the morning when the victims were alone. Most of the victims were walking, but one was on an electric scooter, he said.

The kidnappers, who are armed with a handgun, have struck on Capitol Hill, near Logan Circle and in Petworth. In some cases, the victims were blindfolded and their hands were bound with zip ties, Haines said.

“Essentially, they were blindfolding them in different ways, presented a handgun, forcing them into a vehicle and then taking them on a short drive around the city, taking their credit cards, cash, identification and phone cards,” he said.

The robbers were also able to gain the victims’ bank account information to withdraw money from stolen ATM cards.

The FBI is assisting D.C. police with the case.

D.C. police said they’re looking for three or four Black men, possibly 20 to 29 years of age. One is described to have a curly, high-top fade hairstyle.

See photos and video below. 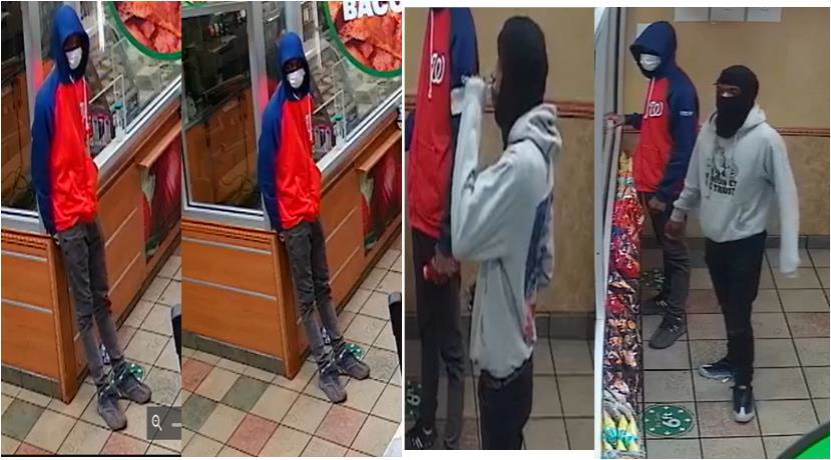 A $10,000 reward is being offered for information.