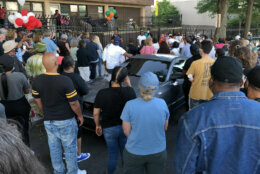 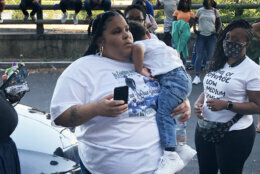 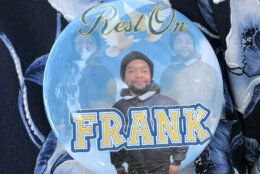 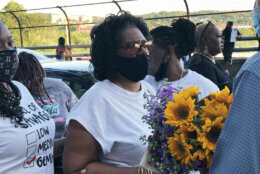 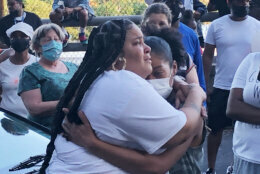 Dozens of people gathered Friday night near where a beloved, longtime employee of D.C’s Frager’s Hardware was killed in Southeast on Memorial Day.

The vigil was held to remember 40-year-old Frank Winchester, who was found shot Monday night near the intersection of 14th and L Streets SE.

Police have not released a motive in the case and no arrests have been made, leaving those who knew and loved him heartbroken and confused.

“I loved him. He was a good man,” said Shamara Baylor, Winchester’s partner of more than 13 years. They have a 2-year-old son, Cartier.

“He has a good heart. He’d do [anything] for anyone. He helps anyone,” Holmes said. “All I want is justice for my son.”

“Frank was a wonderful guy,” said Cary Caldwell, who worked with Winchester at Frager’s, which has been a Capitol Hill landmark since 1920. “He just lit up the room.”

Caldwell says Winchester adored his son, and during the worst of the pandemic, he stayed home with the boy on weekdays and worked at the hardware store on weekends.

Police are offering a reward of up to $25,000 for information leading to an arrest and conviction in the case.

Baylor has something to say to the person or people responsible: “I feel like they’re a coward. They took a father from his son. I feel like he’s a coward and he needs to turn himself in. Period,” she said through tears.

In a post on Facebook, Frager’s Hardware describes Winchester as a “beloved son, brother, father, neighbor, and Frager’s employee of more than 12 years. A lifetime resident of the Capitol Hill community, Frank was a genuinely kind and giving person — one of our employees remembers taking Frank to lunch one afternoon after hearing he did not have enough money to buy a meal that day.”

The post continued: “On the way to the sandwich shop, he passed a homeless gentleman asking for spare change for food. Out of his pocket Frank pulled some lint, a few coins and a dollar bill and handed it over to the man in need. This was the kind of person Frank was, with a big heart, a giving spirit, and readiness to help.”

Frager’s has started a memorial fund in Winchester’s memory, and the money will be given to Cartier.