George Washington University’s Board of Trustees has approved the renaming of the university student center.

The board on Tuesday voted to remove the name of the Cloyd Heck Marvin Center, after a recommendation from a special committee assigned to address the issue.

Marvin, who served as university president from 1927 to 1959, supported racial segregation and tight controls over students’ freedom of speech on campus, the university said in a news release.

The Special Committee, composed of students, faculty, staff and alumni, said the case for the name change was “compelling” after reviewing historical material and feedback from the GW community.

The Marvin Center was named and dedicated in 1971; there were protests against naming the center after him at the time, the university said.

The Special Committee highlighted Dr. Marvin’s “discriminatory and exclusionary views and policies and the burden of that legacy on diversity and inclusion at GW today.”

“This is a significant moment of opportunity for GW to demonstrate our institutional willingness to make change when needed, to stand upon values of a pluralistic and welcoming community, and to refine and re-establish our commitment to inclusion,” the committee said in its report.

The building will be called the University Student Center, and the school will begin replacing signage and materials that reflect the name change.

“GW doesn’t change names lightly, and the board appreciates the hard work and consultation with the community that brought us to this point,” Board of Trustees Chair Grace Speights said in the statement.

University President Thomas LeBlanc, who established the Special Committee, said in the statement he heard the community, and the Marvin Center name does not represent the school’s values.

“This is an inclusive university, and we want the University Student Center to bring our students together and serve as a point of pride for the entire community,” he said. 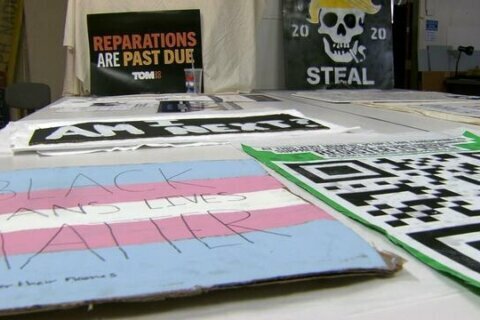