Five years after an investigation found the staff at Ballou High School were falsifying student achievement scores, an independent audit of the system D.C. Office of the State Superintendent of schools uses to track students’ progress identified major failures.

The independent audit found that D.C. lacks a sophisticated data collection system, which could affect, among other things, how students recover from learning loss, said D.C. auditor Kathy Patterson.

The system should track data on every school, teacher and student over time, so it can be used for reference to not only assess overall achievement of a school or an educator, but can also delve down to flag students who are missing bench marks.

“We have a lot of test score data that shows what last year’s fourth grade did compared with this year’s fourth grade. But what we’re not doing is picking up, ‘What did Johnny learn between 4th and 5th and 6th and 7th grade,” she said at a news conference revealing the audit’s findings.

The D.C. Council passed legislation requiring an independent audit of D.C.’s Office of the State Superintendent of Education’s data collection on students after it was found that staff at Ballou High School and other schools were inflating scores, grades and attendance of students.

“That scandal brought into question the integrity of our data at every level — from OSSE’s collection, to the data itself, its oversight and reporting. So it became part of a broader effort to rethink how the District collects and uses data on its students,” said Ward 3 Council Member Mary Cheh, who authored the legislation mandating the audit.

Beyond the current system’s failure to track student progress, Patterson said that independent New York-based firm Data Ethics found D.C.’s data collection may not comply with federal data submission requirements as it was funded by two installations of federal grants totaling $10 million and by $25 million in local grants.

Editor’s Note: A previous version of this story incorrectly noted the audited data system was managed by D.C. Public Schools. 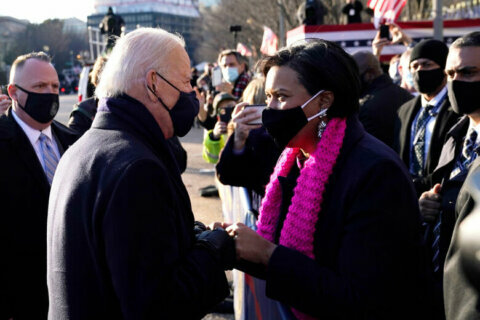 143 goldfish available for adoption after being removed from DC pond