Kamala Harris’ sorority sisters reflect on their sisterhood and time at Howard U.

Some of the Howard alumnae who joined the Alpha Kappa Alpha sorority with Vice President-elect Kamala Harris talked with WTOP about the person they have known for almost 35 years.
Listen now to WTOP News WTOP.com | Alexa | Google Home | WTOP App | 103.5 FM
(1/6) 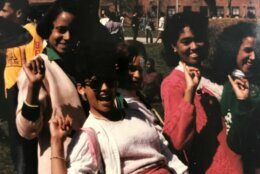 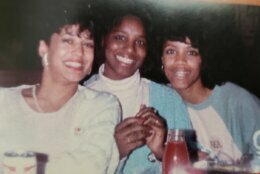 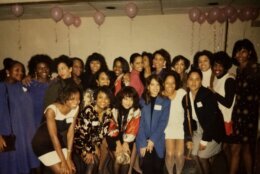 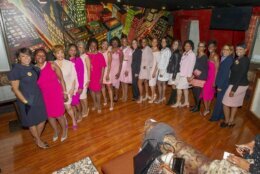 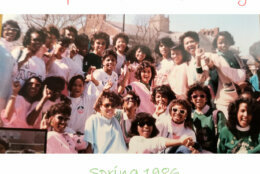 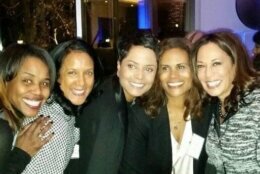 Alpha Kappa Alpha Sorority and Howard University have been in the spotlight during the 2020 presidential campaign, as Vice President-elect Kamala Harris has often spoken fondly of the Black Greek organization. Some of her sorority sisters spoke with WTOP about the person they’ve known for almost 35 years.

After announcing her candidacy in January, Harris said the university was central to her personal narrative and her political identity. Brenda Golden Mitchell, a member of the sorority who joined with Harris in 1986, agreed.

“The energy and excitement was palpable. Raised fists, raised voices — that was what Howard University was about,” Mitchell said. “If you didn’t know what anti-apartheid was by the beginning of the rally, you definitely knew what it was by the end.”

That activism continued when the pair joined Alpha Kappa Alpha, the first Black Greek sorority at Howard. Elaine Witter, who joined the sorority with Harris and Mitchell, said their initiatives were “aimed at addressing the concerns of the society as a whole,” such as HIV and AIDS education, outreach to homeless people and the effect of the War on Drugs on the African American community. But she said she’s proudest of the Stop Hunger Fast, an initiative that began with her and other members who joined in 1986.

Harris’ sorority sisters said that activism and dedication to the community has never left her, and that she’s the same person now as she was then. Mitchell recalled Harris as “very task-driven,” but that she can bring levity to situations as well.

“I love that she’s able to laugh because she’s human,” Mitchell said. “I think it’s critical to show the human side of someone who will be elevated to that level in the world.”

Tracey Donovan, who also became a member of the sorority in 1986 with Mitchell, Witter and Harris, said she has always known the vice president-elect to be “very steady. … She’s just a very calm person, and it takes a lot to unnerve her.”

The women said it hurts when they hear something about Harris that they know isn’t true, but they’ve learned to let it go.

Harris built enduring female friendships at Howard — relationships that have been nurtured through adulthood across thousands of miles. Her sorority sisters said the support she has now and throughout the campaign is due to the friendships they have made with each other through the years.