A water main that broke in Georgetown early Friday morning is expected to be repaired by the evening, restoring water to about 20 D.C. businesses.
Listen now to WTOP News WTOP.com | Alexa | Google Home | WTOP App | 103.5 FM
(1/10) 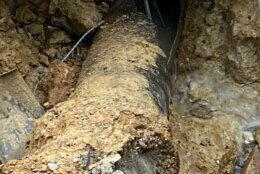 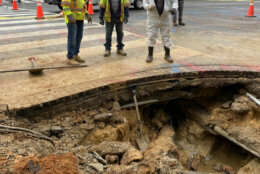 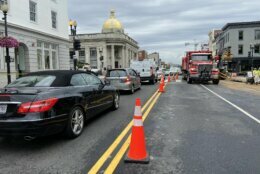 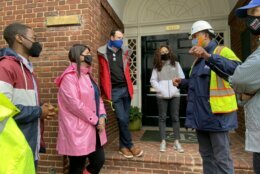 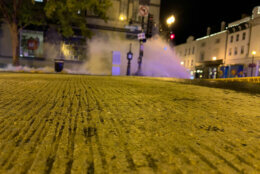 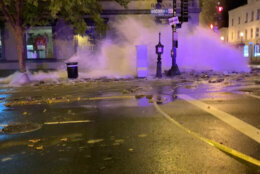 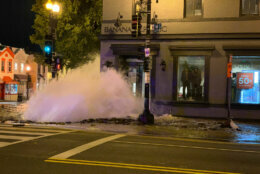 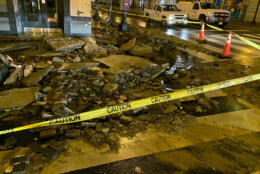 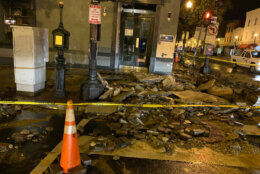 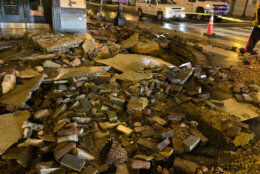 The water main break forced the partial closure of M Street at Wisconsin Avenue, reducing the travel lanes down to one in each direction while work crews began repairs. Wisconsin Ave. is also closed between K Street and M Street.

In a tweet Friday evening, D.C. Water said all repairs were completed. All water services returned back to normal after 8 p.m.

UPDATE: Crew has completed the repairs and re-charged the water main. All customers should be back in water. Also completed temporary restoration of sidewalk for pedestrian traffic. Thank you for your patience.

The 12-inch pipe that broke feeds into a 30-inch pipe. Installed in 1958, the pipe likely failed because of its age.

The force of the water that shot out from the main scraped paint off nearby walls and left the sidewalk and street filled with debris, including bricks.

WTOP’s Kyle Cooper, who was on the scene, reported that water was shooting 10 to 15 feet into the air and flooding into the Banana Republic at the corner of M Street and Wisconsin Avenue before it was manually shut off.

He shot these videos at the scene:

WTOP’s Kyle Cooper and Matthew Delaney contributed to this story.