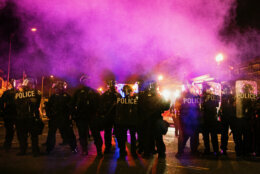 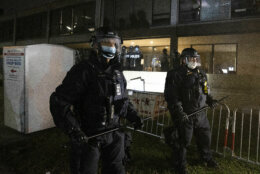 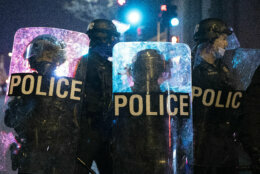 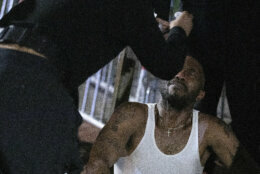 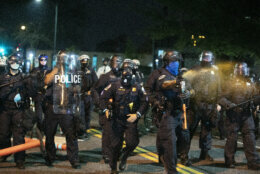 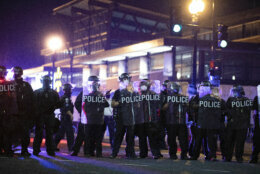 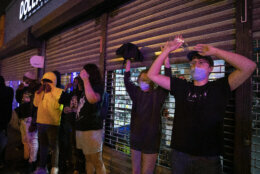 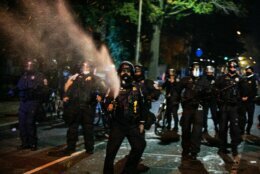 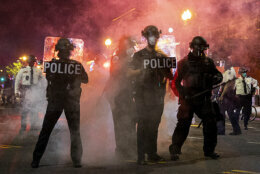 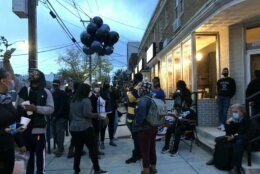 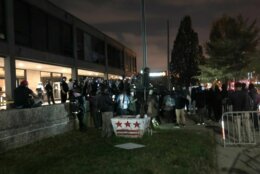 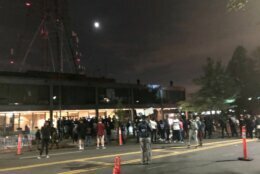 Protests continued for a second night around a Northwest D.C. police station over the death of Karon Hylton, who died after a crash Friday that his family blames on a police pursuit.

The night began with a candlelight vigil for 20-year-old Hylton in Brightwood Park. Hours later, it ended in a dispersal of over a hundred protesters, with police deploying concussion grenades and pepper spray for a second night in a push to clear Georgia Avenue.

Hylton died in a hospital after a motorist struck him while riding an electric scooter through a residential neighborhood. Witnesses said a D.C. officer had chased him because he was not wearing a helmet, leading Hylton’s family to accuse police of breaching a “no pursuit” policy for traffic violations and bearing responsibility for his death.

Roger Mitchell, the city’s deputy mayor of public safety and justice, told NBC Washington, “We are engaged directly with the next of kin about their ability to view the body-worn camera footage.”

Late Wednesday, Hylton’s mother led a small vigil at 7th and Kennedy streets, the site of the crash that killed him. It concluded with a march to the Metropolitan Police Department’s Fourth District station on Georgia Avenue — the site of protests the night before, which saw one arrest and the use of crowd control munitions after windows were shattered and police vehicles damaged.

Protesters were met with a heavy police presence at the station. Officers with batons, shields and helmets stood in formation below the building’s Georgia Avenue entrance while protesters heckled and taunted them for at least an hour on Wednesday evening.

At about 9 p.m. WTOP’s Alejandro Alvarez reported a firework went off at ground level near police lines at the station entrance. Police surged forward, splintering the crowd into smaller groups who fled south on Georgia Avenue.

About 50 protesters and members of the media were briefly trapped by two groups of advancing police between Peabody Street and Missouri Avenue — a “kettling” setup that resembled mass arrests in June and August, though officers ultimately parted and allowed people to walk free.

Law enforcement swept out from Georgia Avenue into the surrounding neighborhood, running after smaller groups of protesters through tight alleys and narrow side streets until they dispersed completely. A heavy police presence remained near the station late into the night, WTOP’s Dick Uliano reported, including a police helicopter circling low.

Police said several officers were hurt Wednesday night, but the scope or cause of those injuries was not yet clear.

There were three arrests near the Fourth District station, according to data compiled by D.C. police. Two people were charged with assaulting a police officer, and a third was charged with burglary in the second degree. MPD also logged five other unrest-related arrests for burglary and fleeing law enforcement on F and T streets NW.

Tuesday night’s protest turned volatile when a trash can was used to shatter one of the station’s windows, leading police in tactical gear to push the crowd away from the building. A D.C. police spokesman said rocks and bricks were thrown at officers that night, resulting in four injuries evaluated as nonlife threatening.

The Washington Area Bicyclist Association, or WABA, said in a statement Wednesday that it supports the victims and survivors of these crashes.

“While some elements of this fatal crash are in dispute, what is indisputable is that these are both minor traffic violations that should not result in any pursuit at all, let alone fatal pursuit,” WABA said. “In fact, MPD has a ‘no pursuit’ policy that forbids officers from engaging in this very conduct.”

Protesters alleged that the officer involved in the chase was known in the neighborhood.

The mother of one of Hylton’s friends told DCist that these officers were known as “the jump-outs” — D.C. police officers in plainclothes who jump out of unmarked cars to question or search people.