A local group is demanding action from D.C. leaders by holding a 36-hour sit-in at Freedom Plaza, across from Mayor Muriel Bowser’s office in the Wilson Building.

With tents set up and ready for the hours ahead, Freedom Fighters DC and other supporters are voicing their demands during the sit-in, one of many actions they’ve taken to spur change.

Calls to defund police departments across the U.S. have mounted following the May 25 death of George Floyd in Minneapolis police custody. Supporters are asking local and state governments to slash police budgets and re-allocate money to focus on issues such as housing and education.

But many Democrats, including Bowser and presumptive presidential nominee Joe Biden, have resisted committing to defunding. Before the D.C. Council approved emergency legislation that included sweeping police reforms last week, Bowser pointed to changes already made in past years. Biden supports some police reform and investing in community policing programs.

Police unions and officials have also pushed back against budget cuts, arguing such cuts would affect public safety.

“We have so much work to be done,” Zeus X said. “A lot of people have been placated” by moves such as the naming of the plaza and the mural, “so we decided it’s getting too quiet. We need to make some more noise.”

During the sit-in, protesters will watch the D.C. Council’s meeting projected on a screen in the plaza and share their own experiences in the community. Donations have poured in for the action.

“It’s definitely bringing a lot of people together,” Zeus X said. “It’s been overwhelming. We just got a message for the mayor: Instead of just painting on the pavement, she actually needs to be about what she’s doing.” 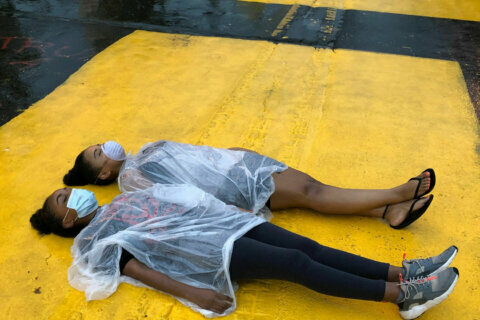 Protesters call for Baltimore to defund police; tell lawmakers ‘you about to lose your job’ 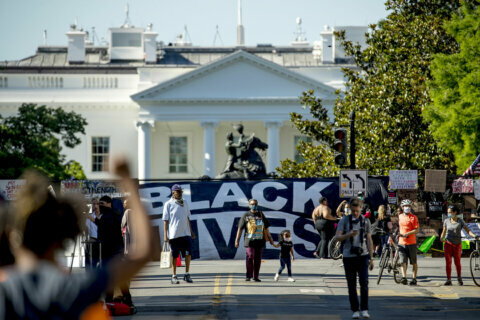