Like many around the country, D.C. aerospace engineer Aisha Bowe spent much of the last few months stuck at home during the coronavirus pandemic.

So, she used the extra time to figure out a way to help kids and parents exhausted from the at-home learning process.

Bowe, the founder and CEO of STEMboard, has globally carried out camps in science, technology, engineering and math (STEM) through her company over the last five years, but saw a need to put these same activities in a small kit for kids to do on their own.

So, Bowe said she met with a diverse team of engineers, led by Danielle Regis, to develop Lingo, an at-home coding kit for kids ages 13 and up. Bowe describes it as “a fun and engaging learning experience while being exposed to the fundamentals of hardware and software design.”

The first lesson involves building a backup sensor in autonomous cars, which students can put together and gain exposure to the code that makes it function.

“The idea of Lingo is to make technology accessible for all by introducing students to software, hardware and engineering concepts in a really easily approachable way,” Bowe said. “So, the focus is on the lesson and the excitement around building the backup sensor and less on some of the technology fundamentals, which will come later.”

Perhaps the best part for parents, as Bowe said, is that the “painstakingly detailed instructions and step-by-step videos” should keep the kids busy without needing help from mom and dad.

“This is a great solution for not only in-home learning that parents want to give their students time to complete an exercise and get a little bit of peace, [but] also for camps that are looking to tackle the question of how do they pivot during the pandemic,” Bowe said.

Though Lingo is geared toward teenage students, she said younger children are capable of completing the exercise. However, parental supervision is recommended for younger children since the kit features many small pieces.

Bowe said Lingo’s name comes from a conversation she had with a developer in Paris, who pointed out coding is like its own language, “and if you don’t know the language, you will get left behind.”

Bowe and her company have put on virtual STEM camps for students in five U.S. cities, including Baltimore, using 135 kits already. She said there’s another camp focused on minority women called INTech Camp for Girls.

Bowe added that the learning process doesn’t end with completion of the project.

“Every part of this was done virtually,” she said. “The one thing that I loved about creating this program was we have it so that every single person that receives a kit is on our learning management system, which allows us to push new updates. So, you get a kit, and you do the exercise, and a week or two from then, we’re able to then push you new content so you can continue to deepen your learning.”

Bowe said she didn’t see this sort of learning material until college, and perhaps her formative years could have gone better if she had.

“Lingo represents something that I wish that I had growing up,” she said. “In many respects, I’m excited to be able contribute this, especially … in the moment where there are a lot of students who are at home and they’re in need of camp support, academic activities, so that they can continue their learning and they don’t regress.”

The kits cost $69.99, but Bowe said her company has partnered with nonprofit organizations to get donated kits to kids for free.

Bowe invited more nonprofits to reach out to them about the program, and encouraged others to purchase and donate the kits for kids who may not be able to afford them.

Bowe also made a call to other business owners to give back during these uncertain times.

“We have the power, the time, the influence and the creativity” to help the community, she said. 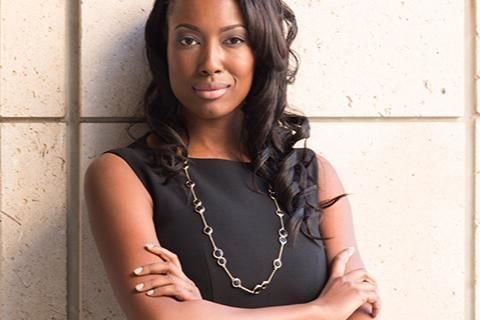