WATCH: Building collapses in Northeast DC — and firefighters are there in seconds

Renovations had been underway on the two-story building, located at the corner of Florida Avenue and Staples Street Northeast.

D.C. Fire and EMS was at the scene in seconds — literally — after the partial collapse, which was captured on neighbor and travel photographer Andy Feliciotti‘s security camera and later posted on Twitter. (You can see that video above.)

The near-immediate response, the department tweeted, was due to a truck returning to the nearby Trinidad fire station. First responders were able to treat the passerby immediately.

That person received injuries that were not life-threatening from falling debris. All workers were accounted for, and a K-9 team has yet to find anyone trapped in the rubble. 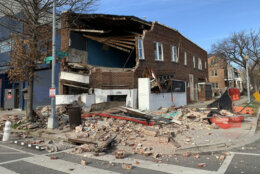 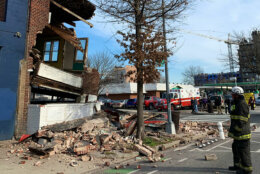 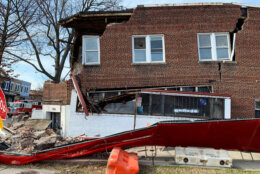