Security enhancements are in place at and around the ZooLights festival at D.C.'s National Zoo after a couple of scares on zoo grounds and nearby on Saturday night.
Listen now to WTOP News WTOP.com | Alexa | Google Home | WTOP App | 103.5 FM

Security enhancements are in place at and around the ZooLights festival at The National Zoo in D.C., after scares on zoo grounds and nearby Saturday night.

Those security boosts include extra screening to get inside the zoo.

“On our projected higher visitation nights, such as the weekends, we will implement a screening to do bag checks and [security] wanding — as appropriate,” said Pamela Baker-Masson, National Zoo spokeswoman.

The screening “will be very similar to what we’ve done over the past five years during our spring high visitation time,” Baker-Masson said.

These safety tweaks are in response to two incidents Saturday night. In one, a group of teens set off firecrackers inside a zoo bathroom that some mistook for gunfire.

Shortly after, two teens were taken to the hospital after a shooting outside zoo grounds, which forced ZooLights to close early on its second night.

“In addition to that, we’re working with [D.C. police] and [Metro Transit police] — and they’ll have increased presence on our surrounding streets and on the Metro,” Baker-Masson said. 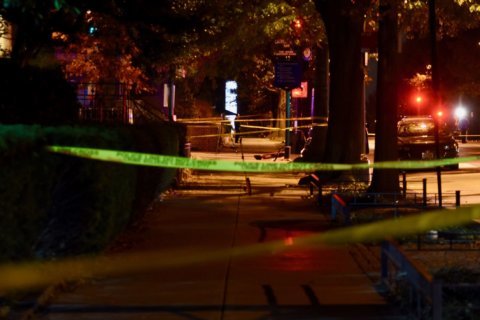