White House, Capitol lockdown may have been caused by flock of birds

"Most likely it was a flock of birds, possibly a drone. It could have been a mylar balloon. But it was something ... that someone saw that should not be there," Green said.
Listen now to WTOP News WTOP.com | Alexa | Google Home | WTOP App | 103.5 FM
(1/7) 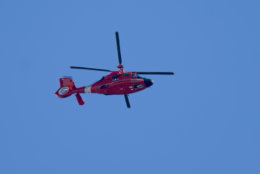 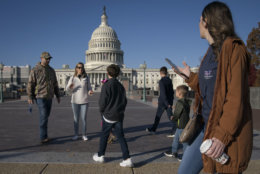 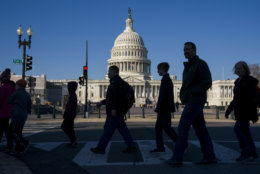 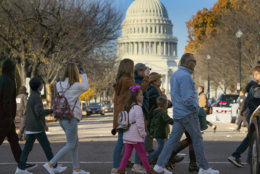 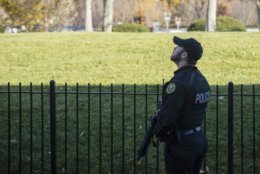 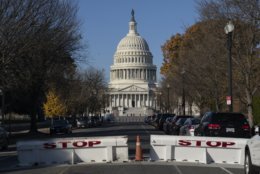 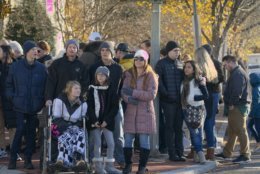 The White House and the Capitol were briefly locked down Tuesday morning following the report that a small aircraft had violated restricted airspace in D.C.

NORAD confirmed Tuesday afternoon it responded to the report of a suspicious aircraft near D.C., and that it directed a Coast Guard helicopter to investigate.

But the helicopter did not find anything, said WTOP national security correspondent J.J. Green; and the event was resolved without incident, NORAD tweeted.

NORAD responded to an event in the Special Flight Rules Area surrounding Washington D.C. this morning. NORAD directed @USCG rotary wing aircraft to investigate and the event was resolved without incident. The defense of Canada and the United States is NORAD’s top priority.

“Most likely it was a flock of birds, possibly a drone. It could have been a mylar balloon. But it was something … that someone saw that should not be there,” Green said.

Air traffic control audio reviewed by CNN showed that responding military aircraft reported seeing a flock of birds while in the air.

Earlier Tuesday, in a since deleted tweet, NORAD said that jet fighters were on site and responding, and that the “Plane is not considered hostile at this time.”

“We were told that there was a suspicious aircraft, that it was in the air identification zone here in Washington. But there was no such thing,” Green said.

The report of a possible aircraft in restricted airspace came in shortly before 8:30 a.m., Capitol Police spokeswoman Eva Malecki said in a statement. She said Capitol Police began monitoring the situation and decided to restrict access to Capitol Complex buildings “in an abundance of caution.”

The lockdown at the Capitol lifted without incident at 9:12 a.m., Malecki said.

The U.S. Secret Service said personnel at the White House were told to remain in place, but the lockdown has since lifted.

“The White House was locked down this morning due to a potential violation of the restricted airspace in the National Capital Region,” a Secret Service spokesman told WTOP.

NORAD is investigating the event, Green said. “They need to know that this was not a deliberate act by somebody to try to trick their system. It is extremely important that their systems be accurate.”

As to sightings of fighter jets, there was an exercise of at Andrews Air Force Base Tuesday morning, completely separate from NORAD, and fighter jets were in the air. “They had nothing to do with this incident,” Green said.

WTOP’s J.J. Green, The Associated Press and CNN contributed to this report.