One year after a pilot program placed several species of freshwater mussels in floating colonies in the Anacostia River, there's a push to add more. D.C.'s Department of Energy and Environment secured a $400,000 grant for the Anacostia Watershed Society to continue its work.
Listen now to WTOP News WTOP.com | Alexa | Google Home | WTOP App | 103.5 FM
(1/4) 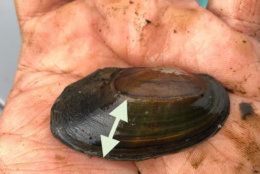 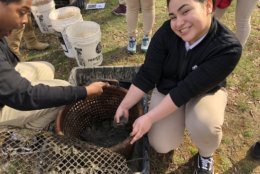 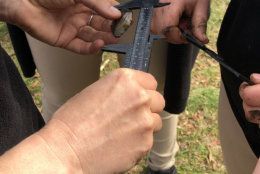 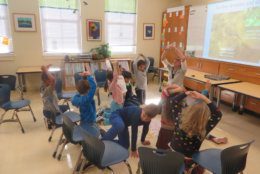 One year after a pilot program placed several species of freshwater mussels in floating colonies in the Anacostia River, there’s a push to add more.

D.C.’s Department of Energy and Environment secured a $400,000 grant for the Anacostia Watershed Society to continue its work, which combines species conservation with the river cleanup.

The department is trying to reduce the threats to 75 species in the watershed. The four species of mussels being introduced are the Eastern elliptio, the Alewife floater, the Eastern lampmussel and the Eastern pondmussel.

Maureen Farrington, the society’s marketing manager, explained that like oysters, mussels have the ability to filter water, adding to the river’s health.

The pilot program results over the past year were encouraging, she said: The mussels thrived.

“We put them in as juveniles in eight different spots along the river, and then we found that they are growing and reproducing. And it’s really good to help with the water quality.”

The grant includes the opportunity for young people in the District to take part in the river’s restoration, Farrington said, because there’s an educational component to the program.

There’s a chance for up to 400 young people to get field experience, too, by going out to monitor the river’s water quality and track the mussels’ growth and health.