D.C. will continue to have the traditional July 4 events it has come to enjoy — a parade, concert and fireworks — plus an address from the president.
Listen now to WTOP News WTOP.com | Alexa | Google Home | WTOP App | 103.5 FM

D.C. will continue to have the traditional July 4 events it has come to enjoy — a parade, concert and fireworks — plus an address from the president.

President Donald Trump’s promise to deliver an address to the nation from the Lincoln Memorial apparently will not conflict with any of the traditional events people have come to expect.

“We continue to work with the White House on creating a ‘Salute to America’ program that will bring Americans from all over the country together in celebration of our nation,” National Park Service spokesman Mike Litterst said.

The park service said that while the details of Trump’s address have not yet been announced by the White House, it does not anticipate any conflicts or overlap with other scheduled events, such as the National Independence Day Parade, “A Capitol Fourth” and the fireworks show.

The parade takes place on Constitution Avenue, and “A Capitol Fourth” is the live, televised concert conducted on the West Lawn of the U.S. Capitol.

U.S. Park Police confirmed to The Washington Post that Trump will speak from the Lincoln Memorial on July 4. The time of Trump’s address had not yet been determined.

The park service previously announced that the launch site for the fireworks is being moved from the Washington Monument grounds to West Potomac Park, and the fireworks show is being lengthened from 17.5 minutes to 20 minutes. 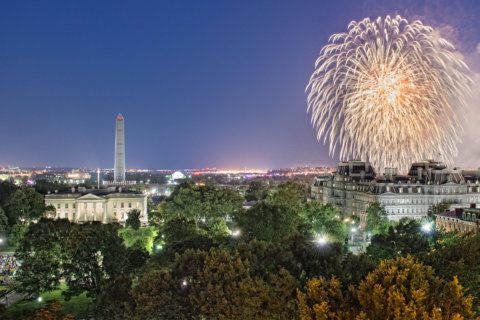