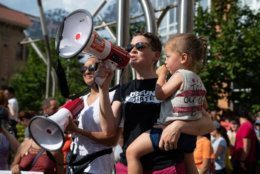 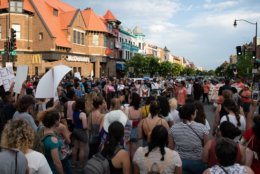 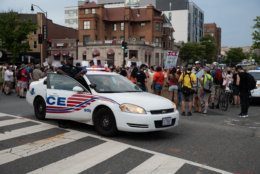 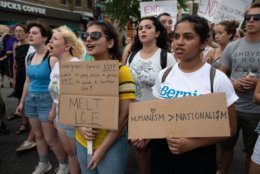 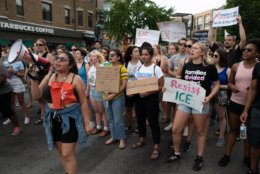 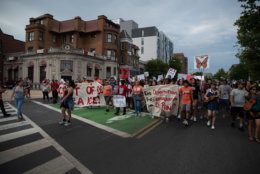 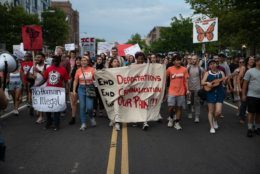 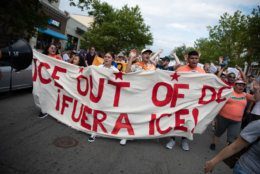 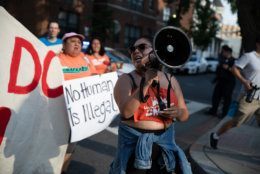 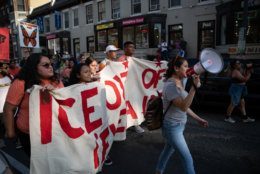 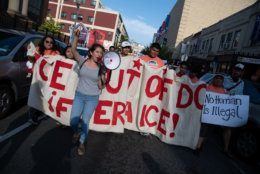 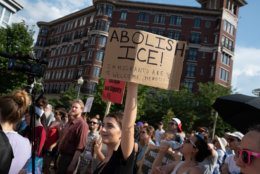 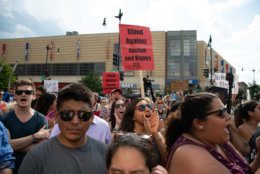 They don’t want U.S. Immigration and Customs Enforcement officers raiding their neighbor’s homes, so they rallied on a sweltering Saturday afternoon to speak up and show their support for those who are fearful of possible ICE raids in the District.

According to tweets from President Donald Trump, mass deportations could begin countrywide after Independence Day.

Claudia Quinonez of United We Dream’s local chapter joined a growing crowd who gathered at the fountain along 14th Street and Park Road, NW in Columbia Heights to say they want no part of that in the city. Quinonez told WTOP the rally is to show “solidarity for those communities that are going to be impacted by possible raids here in D.C.”

Demonstrators said they want ICE to stop raiding homes in the city.

“The reality is that ICE is coming into our community all the time and tearing apart families,” aid Ben Beachy of Sanctuary DMV.

“Just last week, they came into businesses in Columbia Heights, in Adams Morgan. They ended up detaining two of our neighbors,” Beachy said. “We’re calling on our elected D.C. officials to stand up and make D.C. a true sanctuary city. That means stopping the practice of the D.C. Jail simply handing over our neighbors to ICE.”

WTOP has reached out to Mayor Muriel Bowser’s office for comment.

Bowser has declared that the District is a sanctuary city. Bowser reaffirmed that stance in a statement last week, after the president’s promises of mass deportations. And D.C. police said via social media that their officers are prohibited from asking about residency and immigration status.

But some at the rally said there’s more the city can do.

“Building that trust and hearing the community perspective, to learn from the community and in that way, respond to the needs of the community,” is one way, said Omar Angel Perez of the Congregation Action Network, an multifaith organization that helps provide physical sanctuary to those facing deportation.

At first, the crowd at the fountain had gaps, but after awhile, even in the heat, the numbers thickened before a march toward Adams Morgan.

“What you’re seeing here are the neighbors that they’re saying they won’t tolerate the federal government’s policies — Trump’s policies of fear, of oppression,” said Abel Nunez of the Central American Resource Center. 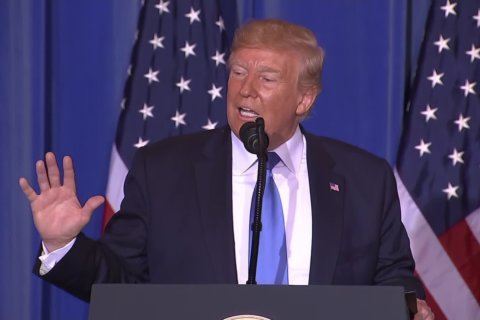 ‘Unless we do something pretty miraculous’: Trump expects ICE raids to happen after July 4