An officer from the Humane Rescue Alliance got a call about two fox babies, known as kits, who were stuck in a basement window well in Northwest. See photos.
Listen now to WTOP News WTOP.com | Alexa | Google Home | WTOP App | 103.5 FM

The Humane Rescue Alliance got a call about two fox babies, known as kits, who were stuck in a basement window well in Northwest, and “they weren’t making it out,” Dan D’Eramo, the director of field services, told WTOP.

When animal control officer Ryan Jesien showed up, he estimated the kits were about 6 weeks old. That’s about the age “where we would expect them to be sort of stumbling around and exploring and seeing the world for the first time out of the den,” D’Eramo said, “so it’s also not a surprise that they fell into a window well.” 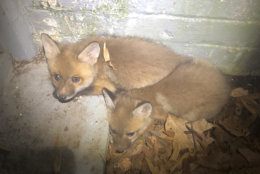 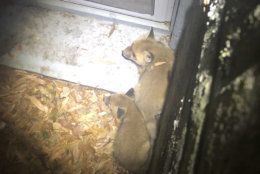 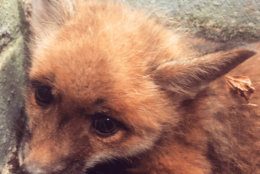 Jesien wrapped the kits up in towels — they weighed 4 to 5 pounds, about the size of puppies — took them from the window well and put them on the grass. He checked them out briefly to see whether they were healthy enough to be released; as soon as he did, they ran off into a wooded area.

Waiting for them was an adult female fox, presumably the kits’ mother. “They ran right up to her, and off into the woods,” D’Eramo said.

He added that the people who called the alliance had done the right thing: “[The kits] were scared; even cute little babies like that can still scratch and bite.”

D’Eramo said it’s the time of year when wildlife are starting to head into populated areas, and “we’re getting a lot of calls.”

But that’s the safe thing to do. “They should not mess with it, and they should call us,” he said. Animal control officers have the safety equipment they need to handle the animals safely, as well as the knowledge to assess whether the animals can be released safely.

“There is a lot of wildlife that is naturally occurring in D.C.,” D’Eramo said. With a call to the alliance, you can find out whether you’re seeing a situation that requires intervention or “you’re lucky enough to just be seeing wildlife doing its wild thing out in the city.” 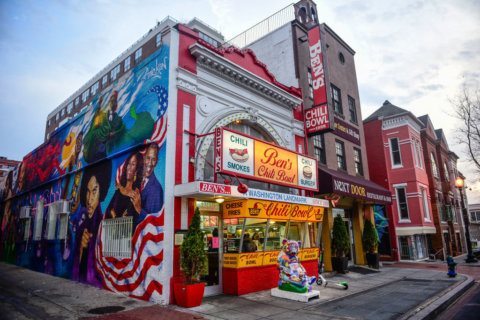