Ambulances no longer guaranteed for less urgent 911 calls in DC

When a 911 call comes in from DC, depending on where the person is calling from, they may or may not get an ambulance responding. It’s part of a new program routing ambulances to the most dire emergencies.

For nearly a year, 911 callers in D.C. have first talked to a nurse who triages an emergency that is not life-threatening, often helping the patient self-treat or find a nearby clinic that can care for them faster than an emergency room staff could.

“Our goal is to get patients with nonemergency conditions to more appropriate health care, to preserve the department and hospital resources for those patients with life-threatening illnesses and injuries,” said D.C. Fire Chief Gregory Dean.

Now the department is expanding its Right Care, Right Now program with a pilot rolling out March 1 in the areas covered by D.C. Fire Battalions 2 and 4: the areas surrounding the Capitol Hill, Navy Yard, Columbia Heights and Shaw neighborhoods.

Instead of an automatic ambulance response, firefighters and EMTs will assess the patient’s situation and put those not in immediate danger on the phone with a nurse who will instruct them what to do next.

“This means that we are saving our ALS resources for our most critical patients,” Dean said in a D.C. Council committee hearing in mid-February.

The Nurse Triage Line has helped refer more than 370 patients in its first 9 months to nearby clinics when they would otherwise go to the bottom of the list at an emergency room. The program, which started in April 2017, is still collecting data about its efficacy. However, early on Dean said there was a trend that calls came in later in the evening, so they expanded the service hours initially set from 11 a.m. to 7 p.m. to 24-hours a day. 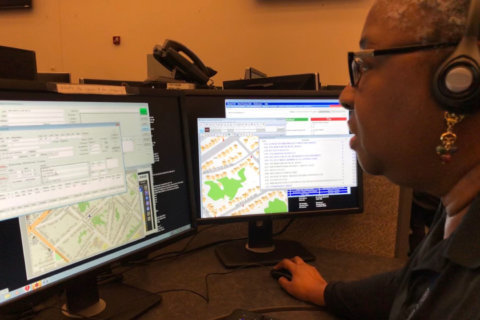