Potomac Phil defies Punxsutawney with prediction of his own 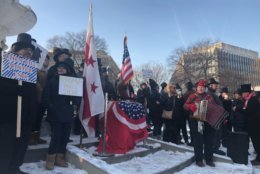 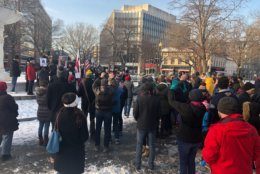 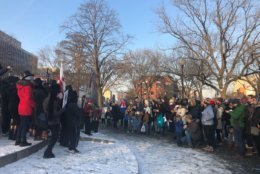 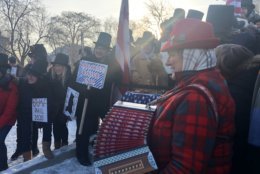 WASHINGTON — While hundreds gathered in rural Pennsylvania for Punxsutawney Phil’s annual weather prediction, his lesser-known, somewhat lesser-animated cousin had his own ceremony in D.C.’s Dupont Circle.

Unlike Punxsutawney Phil, Potomac is a stuffed groundhog — “taxidermy is a dying art,” its Twitter page said on Saturday. But like his more animated cousin, D.C.’s own Phil has throngs of adoring fans willing to brave the cold for a hand in the festivities.

A close up of Potomac Phil, who is forever calm eating his corncob. pic.twitter.com/x3BlPl1li9