A legislation that exempts children’s play groups from day-care type regulations is moving forward in the D.C. Council. The legislation will be up for a second and final vote on Dec. 18.

WASHINGTON — A proposal to exempt children’s play groups from day-care type regulations is moving forward in the D.C. Council.

The Parent-led Play Cooperative Amendment Act of 2018 is inspired in part by the District’s Superintendent of Education requiring the Capitol Hill Cooperative Play School to get a license. Similar situations where parents take turns monitoring kids also are in place elsewhere in the city.

The Office of the State Superintendent of Education issues licenses to operate child development facilities and believes the informal playgroups should follow license rules. Among the requirements is that a full-time staff person with a degree in early childhood education oversee operations.

The Capitol Hill group hosts 2-year-olds at the Lutheran Church of the Reformation where it was founded decades ago.

“I think it’s an overreach by the government to come in and try to regulate something that’s been an informal cooperative play group by parents for the last 40 years and has worked incredibly well,” Ward 6 councilmember Charles Allen has said previously.

The proposal to allow “parent-led cooperatives” to be exempt from licensing would require however, that the playgroups have written policies and procedures for emergency preparedness, responses to and prevention of food allergies, and for handling health information. 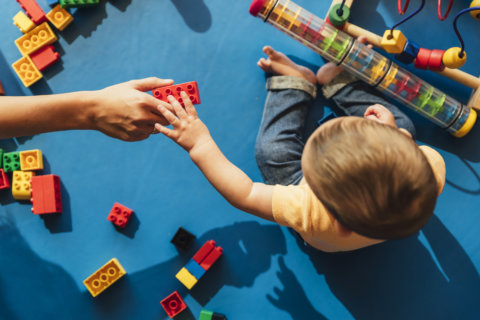