The sound of bike bells — not sleigh bells — rang out on Capitol Hill as a group of volunteers offered season's greetings and thanks to D.C. police for all the work they do all year.
Listen now to WTOP News WTOP.com | Alexa | Google Home | WTOP App | 103.5 FM
(1/4) 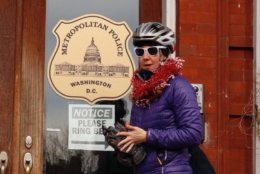 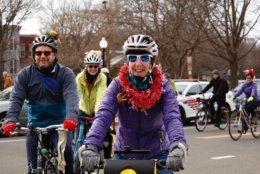 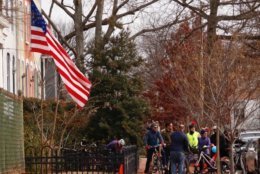 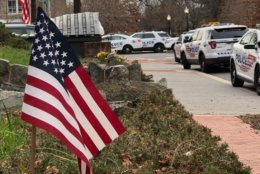 WASHINGTON — The sound of bike bells — not sleigh bells — rang out on Capitol Hill Tuesday morning as a group of volunteers offered season’s greetings and thanks to D.C. police for all the work they do all year.

Rachel Maisler, who helped organize the ride, explained it was part of the Edlavitch Jewish Community Center of Washington, D.C.’s seasonal days of service program.

The group pinned some poinsettias to their bike helmets, Maisler wore some tinsel dotted with candy cane stickers around her neck, and there were lots of smiles as the group delivered cards and candy at the first stop at the First District police substation in Southeast D.C.

“Happy Holidays!” the group called out as they entered the station where police thanked them for their good wishes.

Outside, Maisler explained, “They do so much to keep us safe” said Maisler, referring to the Metropolitan Police Department. “Ninety percent of the time when I’m walking in D.C., I feel perfectly safe and that’s thanks to MPD.”

But Maisler, who happens to be the Ward 4 member of the Bike Advisory Council, couldn’t help noting that there were a number of marked police vehicles double parked outside the 1st District substation. Some parked right over the painted arrows symbol on the street, the symbol that indicates cyclists may share the road.

Would she put those officers on her naughty list? Maisler smiled and said, “Typically, I’d call them out and write a note to my council person,” but perhaps in the spirit of the season, she’d skip it on this day.

The focus was on the sentiments on the cards being handed out at the various police stations. 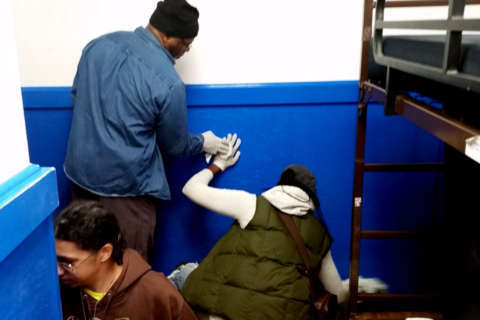 As part of Jewish Community Center’s service day, volunteers help out around DC on Christmas 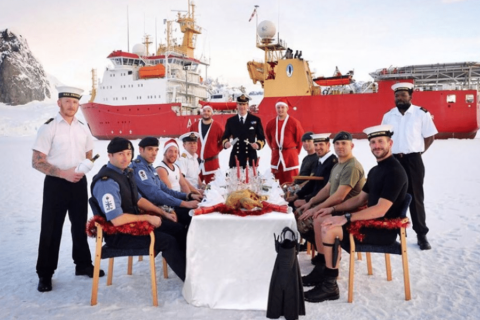 How Christmas is celebrated in the world’s most remote regions