Museum of the Bible removes artifacts after lab doubts authenticity 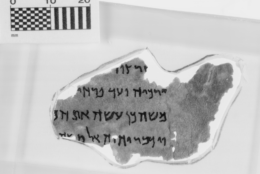 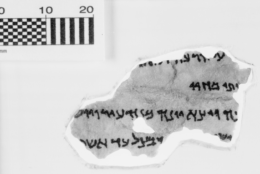 WASHINGTON — The Museum of the Bible had a third-party lab test five of its 16 Dead Sea Scrolls fragments, and they didn’t pass.

The German-based lab, Bundesanstalt für Materialforschung und-prüfung (BAM), concluded that the scroll fragments had characteristics that were inconsistent with their supposedly ancient origins.

As a result, those five fragments will no longer be displayed at the museum.

The Museum of the Bible has a total of 16 Dead Sea Scrolls fragments, and had been displaying those five since its opening in November 2017.

The Dead Sea Scrolls, named due to their discovery in caves near the Dead Sea, are fragments of religious texts written mostly in Hebrew that are believed to date back to ancient times.

In April 2017, the museum sent the five fragments to BAM for multiple authenticity tests, including 3D digital microscopy and various X-ray scans to test the material analysis of the ink as well as the layers and chemical nature of the sediment.

Before BAM’s report came back, the museum sponsored research on 13 of the previously unpublished fragments for a planned series of volumes about the artifacts. The first volume was published, but it raised concerns for one of the editors: Kipp Davis of Trinity Western University.

In a separate research project, Davis studied the fragments and published his results, suggesting that at least seven of the fragments were likely forgeries, in the academic journal Dead Sea Discoveries in October 2017.

“My research has focused primarily on two aspects of Museum of the Bible’s fragments: scribal quality and technique in the penning of the texts as well as the physical composition and current state of the manuscript media,” said Davis.

“My studies to date have managed to confirm upon a preponderance of different streams of evidence the high probability that at least seven fragments in the museum’s Dead Sea Scrolls collection are modern forgeries, but conclusions on the status of the remaining fragments are still forthcoming.”

An Oct. 22 press release from the museum stated that the ongoing research and skepticism about the fragments’ authenticity was reflected in the exhibit labels for the five fragments that were on display.

Despite the research Davis conducted and the new results from BAM, the museum will continue to display three different fragments, pending analysis of those specific fragments’ authenticity.

“Though we had hoped the testing would render different results, this is an opportunity to educate the public on the importance of verifying the authenticity of rare biblical artifacts, the elaborate testing process undertaken and our commitment to transparency,” said Jeffrey Kloha, the museum’s chief curatorial officer.

“As an educational institution entrusted with cultural heritage, the museum upholds and adheres to all museum and ethical guidelines on collection care, research and display.”