After a shooting at a synagogue in Pittsburgh that killed 11 people and injured six others, D.C. Mayor Muriel Bowser has ordered heightened police presence at synagogues throughout D.C. At various vigils throughout D.C., people paid their respects to the lives lost.
Listen now to WTOP News WTOP.com | Alexa | Google Home | WTOP App | 103.5 FM

WASHINGTON — After a shooting at a synagogue in Pittsburgh that killed 11 people and injured six others, D.C. Mayor Muriel Bowser has ordered heightened police presence at synagogues throughout D.C.

In a statement, Bowser said she will be reaching out to faith leaders to offer support and guidance.

“Today, our hearts are with the Jewish communities throughout the nation and our friends in Pittsburgh,” Bowser said in the statement. “An attack on one community is an attack on all of us and on the ideals we stand for and fight for every day.”

Steven Jacober, executive director of the Washington Hebrew Congregation said the community is “saddened and concerned by the events that have occurred in Pittsburgh.”

The U.S. Holocaust Museum also issued a statement condemning the attack at the Tree of Life synagogue, saying, “The Museum reminds all Americans of the dangers of unchecked hatred and anti-Semitism which must be confronted wherever they appear and calls on all Americans to actively work to promote social solidarity and respect the dignity of all individuals.”

The Diocese of Arlington showed its support for the victims and their families in a statement issued by Bishop Michael F. Burbidge, calling the tragedy a “a demonstration of unbelievable hate and bigotry.

“The attack is a reminder that houses of worship should be a haven from violence and fear,” said Burbidge. “Such acts of violence have no place in a truly free society.”

In show of solidarity, Maryland Gov. Larry Hogan also sent out a statement on Twitter, saying the state has reached out to offer help to Pennsylvania.

We are deeply shocked and saddened by the horrific shooting at Tree of Life Synagogue in Pittsburgh. Our prayers are with the victims and those were were injured. We have reached out to offer assistance to @GovernorTomWolf & PA law enforcement & stand ready to help our neighbors. https://t.co/kBchXX457W

Melanie Nezer with HIAS, a Jewish organization that helps refugees, said that what happened in Pittsburgh is a reminder of how important it is to stand up for American and Jewish values.

Nezer said that HIAS’ mission is to find safety for people such as refugees, and that safety was shattered for those inside the Pittsburgh synagogue.

Doron Ezickson with the Anti-Defamation League said that he’s heartbroken over what has happened and afraid that these types of violence will become normalized.

He said that what happened is a reflection of “how divided we are as a community.”

But he’s also hopeful this will “spur us into action in a way that’s absolutely necessary if we are going to reclaim our democracy.” 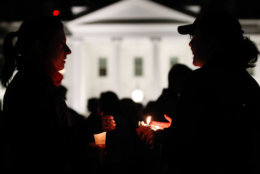 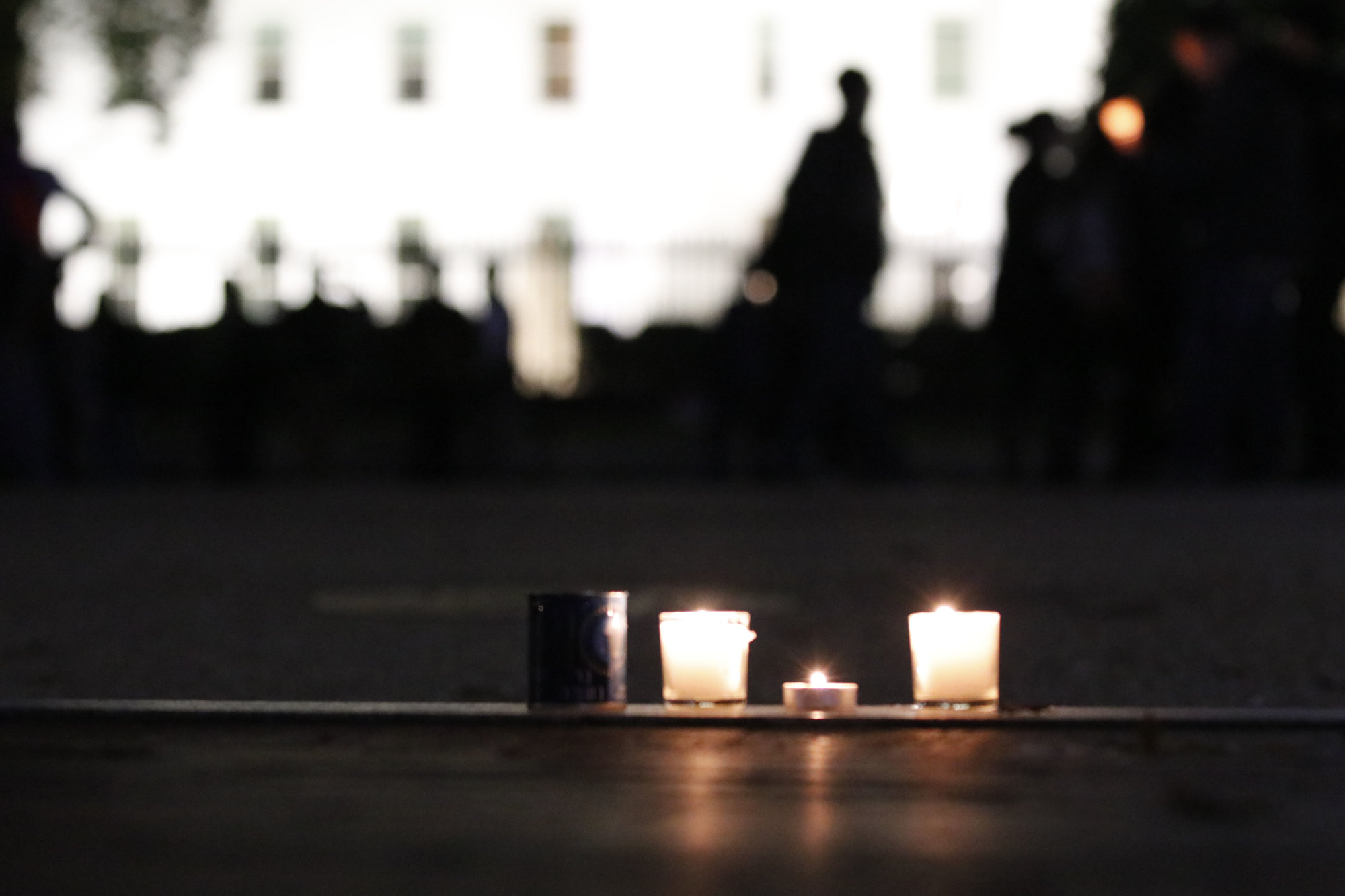 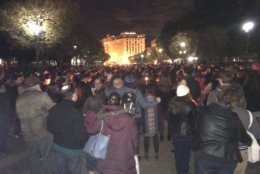 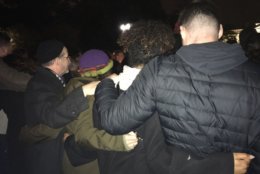 Outside the White House groups of people gathered for a candlelit vigil Saturday. Jessie Mark, of D.C., said that she’s absolutely devastated at what happened. She grew up three blocks from the Tree of Life synagogue, and it was always one of the safest places in the world.

Todd Rosenberg, of Bethesda, said that his family’s sabbath was interrupted when the news broke out. His aunt taught at the synagogue for many years.

Rosenberg said that exercising the right to vote is one way to make sure that events likes this are not forgotten and carry meaning. “So we can elect leaders that represent what America is all about,” which is love and tolerance for each other. “We need to get those people in office, so we can have a better tomorrow.”