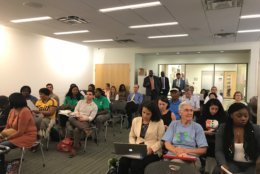 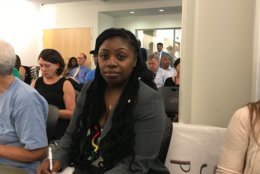 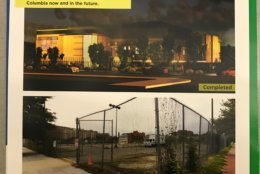 WASHINGTON — Pepco is defending plans to build an electrical substation near a school in D.C.’s Mt. Vernon neighborhood, on a lot currently hosting a community garden.

A Pepco executive appeared Tuesday night at an Advisory Neighborhood Commission 6E meeting to tell community members the substation won’t pose a health risk and is needed to provide the future power needs of Mt. Vernon, Shaw, NoMa and Northwest One — the neighborhood located between Mt. Vernon Triangle and NoMa.

Some of the neighbors are concerned about the plans to build the substation at First and K streets in Northwest, not far from Walker-Jones Education Campus, a D.C. public school serving about 450 students in pre-K through eighth grade.

“Why put it right in the middle of where the children go to school, where they live?” asked Tiffany Aziz, the mother of a third grader at Walker-Jones. “Where Georgetown has their substation, it’s along the [C&O Canal] — you don’t see it near Sidwell Friends or Wilson High School,” Aziz said.

The Pepco facility would also replace a community garden of flowers and vegetables, which Pepco has allowed to be cultivated on the land it owns in Mt. Vernon. The garden has been incorporated into lessons for some of the children at Walker-Jones.

“The garden means so much to my family and my friends,” said 8-year-old Paris Aziz. “I like the garden because when I first went there, I never knew that they had chickens, and butterflies and cool stuff,” Aziz said.

Pepco said the substation is needed to transmit electrical power to the neighborhoods that are among the fastest growing in D.C. “We’ve projected that in order to maintain good electric service reliability, we need a new substation in this particular area,” Battle said.

He added, “We’ve been friends with those who run the community garden for years now; happy to have them on the space. We are going to help them relocate to another location.”

Pepco’s plans require the approval of the D.C. Public Service Commission, and the utility doesn’t see the substation coming on line until 2023.