DC man who carjacked minivan from nun sentenced to 7 years

WASHINGTON — The D.C. man who carjacked a nun in full clerical garb last spring at gunpoint has been sentenced to seven years in prison.

Brandon Brown, 20, pleaded guilty in May to charges of carjacking and carrying a pistol without a license.

The nun had just retrieved a CD from a convent-owned minivan parked in Northeast D.C. April 9 when Brown — who had a red bandanna covering his face — approached her and told her to hand over her keys, prosecutors said. When she kept hold of the keys and refused to turn them over, Brown pulled out a gun, pressed it to her left temple and demanded the keys again.

As she handed over the keys, the nun reportedly told Brown, “May God bless you,” according to court documents.

After 911 was called, police spotted the van about 10 minutes later and arrested Brown following a brief chase. In Brown’s sweatpants pockets, police said they found a red bandanna and a loaded gray semi-automatic police.

Brown’s guilty plea called for a sentence of between seven and 10 years in prison followed by three years of supervised released.

Overall, D.C. is on pace this year to hit the highest number of carjackings since 2010. 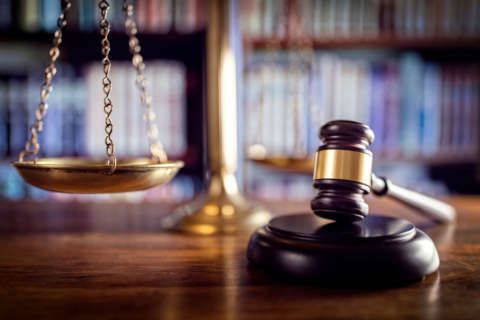 DC man pleads guilty to carjacking a nun at gunpoint