Coronavirus News: Doctors often aware of early COVID treatment | Kids could start getting vaccines by Nov. 4-5 | Ed Sheeran gets COVID-19 | Local cases of COVID-19 | How many in DC region are vaccinated?
Home » Washington, DC News » WATCH: 'It changed my…

WASHINGTON — The 2018 Citi Open that begins next week in D.C. marks the 50th anniversary of the tennis tournament that has the unusual situation of being owned by a nonprofit that benefits from the event.

“This year should be an epic experience,” said Washington Tennis & Education Foundation (WTEF) President and CEO Rebecca Crouch-Pelham. “It’s the 50th anniversary, and we’re honoring Arthur Ashe’s legacy, and the proceeds are going to programs serving kids in Wards 7 and 8. So it’s almost like this year is a full-circle opportunity.”

Founded in 1955, the WTEF is committed to disrupting the poverty cycle and community inequities by providing, free of charge, a rare combination of tennis and education to disadvantaged children.

“I like being here because you make new friends and you do new things here,” said 7-year-old Naje Blocker. “We really like it here.” 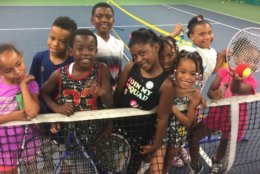 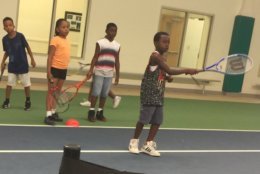 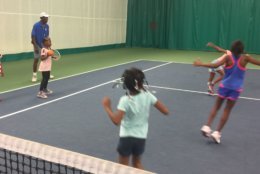 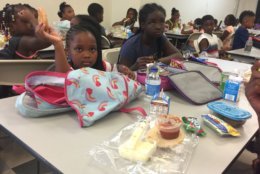 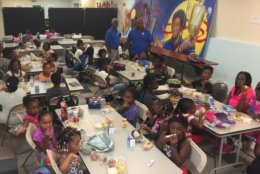 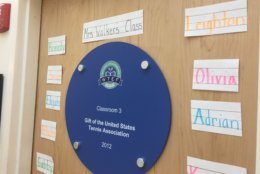 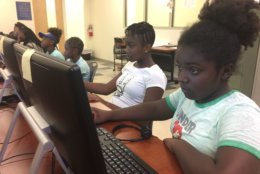 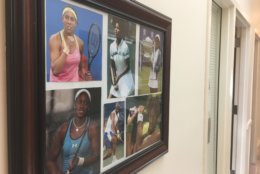 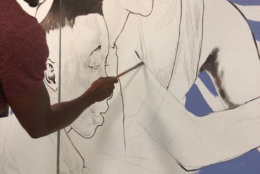 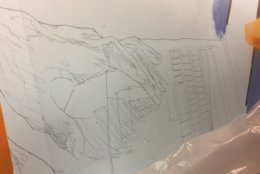 The 18-year-old who was tossing balls for the younger kids to hit now is employed by WTEF, but began the program himself when he was 11-years-old.

“It has been a great experience,” Antonio Ausbon said. “I was growing up in ghetto neighborhoods. I’d hear shootings — everything.”

“It changed my life. Mike Bragley and Willis Thomas changed my life,” Ausbon said, naming two WTEF coaches who acted as mentors. “I want … [children] to have the same experience we got.”

After chatting awhile, Ausbon was asked whether he had anything else he wanted to say, and his response hinted that he too might have a future as a life-changing mentor.

WTOP got a sneak peak of artwork being created by nationally recognized D.C. muralist Aniekan Udofia to commemorate the event. Udofia is widely known as the artist who painted the mural outside Ben’s Chili Bowl on U Street, in addition to many others around the city.

The new mural features tennis legend Arthur Ashe, and depicts children and families who represent the work being accomplished by the WTEF. It was commissioned by Citi, a tournament sponsor that Crouch-Pelham said takes an active role in the organization’s mission behind the scenes.

“They sent a team of volunteers here about two to three weeks ago and they’re playing tennis with the kids, helping clean up. They also send supplies and resources,” Crouch-Pelham said.

During the school year, WTEF serves roughly 900 kids across the city.