There are over a dozen active construction projects within just a few blocks of Center Field Gate. The construction is noisy, dusty and, for pedestrians, inconvenient during work hours. Many sidewalks are either closed or constricted by temporary scaffolding.
Listen now to WTOP News WTOP.com | Alexa | Google Home | WTOP App | 103.5 FM
(1/10) 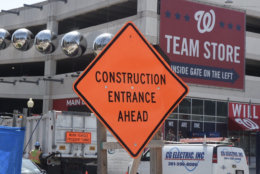 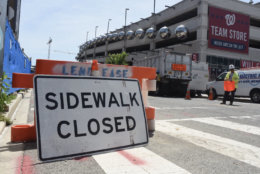 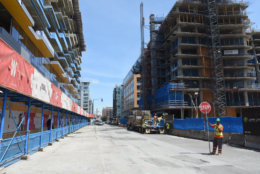 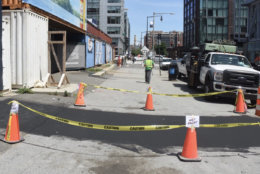 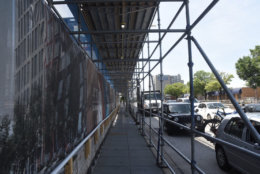 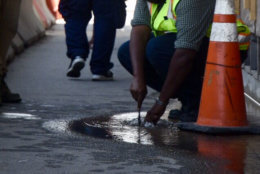 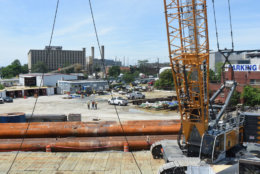 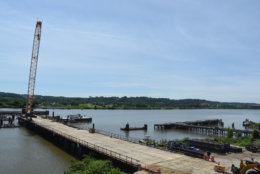 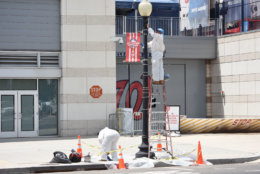 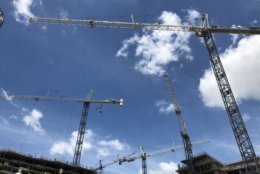 WASHINGTON — The Major League Baseball All-Star Game is coming to Nationals Park in Southeast D.C. in less than a month and, along with it, thousands of fans. But active construction in the area may threaten the fun.

The mayor’s office is expected to announce an action plan for the event in a joint news conference with the MLB, The District Department of Transportation and Metro officials this Thursday, to help the commute.

There are over a dozen active construction projects within just a few blocks of Center Field Gate. Eventually, the two mixed-use buildings will have nearly 1,000 residential units and thousands of feet of retail space combined. But for the time being, the construction is noisy, dusty and, for pedestrians, inconvenient during work hours.

Many sidewalks are either closed or constricted by temporary scaffolding. Crosswalks and bicycle lanes on N Street Southeast and Half Street Southeast are obscured or impeded by rough pavement and plate-covered trenches.

It isn’t all dust and disrepair, though. DDOT crews were atop step ladders Monday slathering a fresh coat of black paint onto the streetlights around the ballpark. Officials also touted a resurfaced sidewalk outside the Navy Yard Metro station and road resurfacing on nearby streets including Seventh Street Southeast, near M Street Southeast.

The Midsummer Classic festivities begin on Friday, July 13 with youth-oriented events at Yards Park. The events continue into Sunday and Monday with the SiriusXM All-Star Futures minor league and softball games followed by the home run derby and culminate with the All-Star Game on Tuesday, July 17.

It will be the first time the District has hosted the event since 1969 when the game was held at the then seven-year-old Robert F. Kennedy Stadium.