WASHINGTON — A tanker truck overturned on South Capitol Street in Southeast D.C. Friday morning, spilling some 500 gallons of diesel fuel onto the roadway.

D.C. Fire and EMS Department said the truck, which was carrying 1,700 gallons of fuel, overturned in the 2300 block of South Capitol Street near Suitland Parkway at about 8 a.m. Friday. It’s unclear what caused the truck to overturn. Fire officials said no one was injured and there was no fire after the truck crashed. 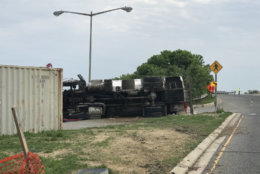 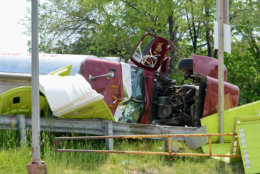 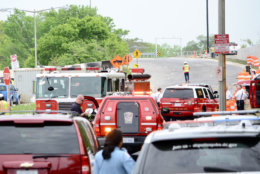 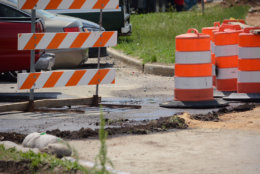 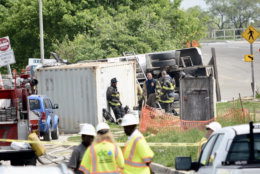 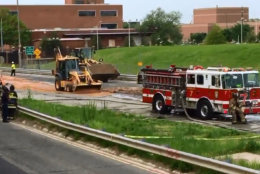 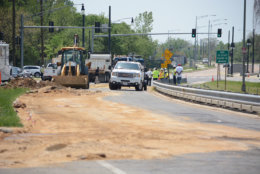 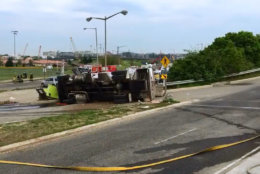 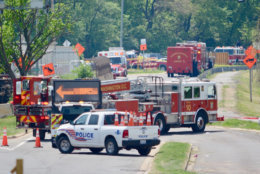 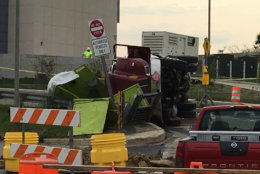 It will take hours of painstaking work to remove the rest of the diesel from the overturned truck and then flip the truck back over, said D.C. Fire and EMS spokesman Vito Maggiolo.

Within about two hours of the truck flipping over, hazmat teams had reduced the leak to a trickle, using sand to “dike” the spill and minimize the spread, fire officials said.

Initially, there were concerns that some of the fuel may have leaked into the nearby Anacostia River and fire boats were dispatched to check. “There is no indication that is the case,” Maggiolo said.

The D.C. Department of Energy and Environment, D.C. Water and the D.C. Police Department also responded to the crash.