WASHINGTON — He was a controversial leader in D.C. known as the District’s “mayor for life,” and four years after his death he’ll be recognized for years to come outside of the Mayor’s office in D.C.

Marion Barry was memorialized Saturday morning with an 8-foot statue outside of the Wilson Building, which houses the mayor’s office and the D.C. Council on Pennsylvania Avenue in Northwest D.C.

Barry was mayor of D.C. for four terms. He spent nearly 16 years as a city council member, he was a civil rights activist and a champion to the downtrodden, but he was also very controversial. 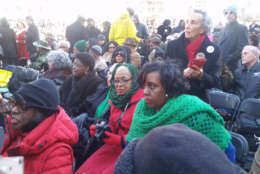 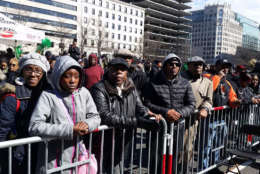 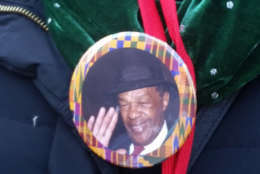 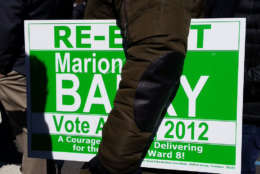 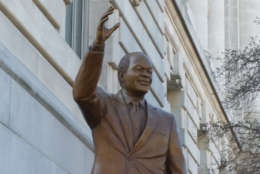 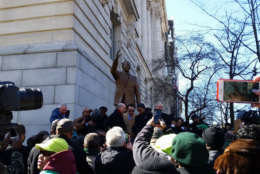 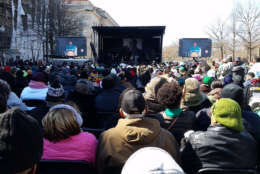 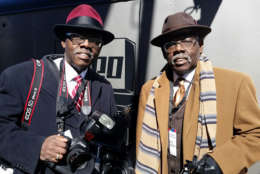 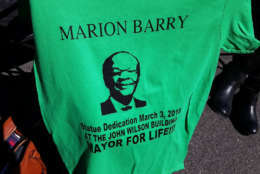 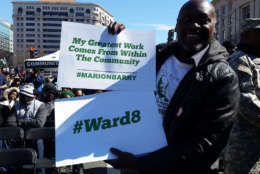 The ceremony shut down Pennsylvania Avenue on Saturday as lots of people braved the elements to honor the D.C. icon.

“It’s an honor to be a part of this,” said Margaret Stevenson, who got her first summer job through Barry’s summer youth employment program. “This is a wonderful tribute to Marion Barry.”

Stevenson said she thinks the statute is a great way to honor a man who has done so much for D.C.

“I think it’s absolutely wonderful to know that every time you come past Pennsylvania Avenue, he is going to be waving at you,” she said.

The statue depicts Barry with his hand in the air, which does look like he is waving.

“All around this city, people will tell you, ‘I got my first job with Marion Barry,'” said Councilmember Jack Evans.

Evans, who called Barry a friend, said he created opportunities for people in the District that didn’t exist before. Evans said one of Barry’s biggest legacies will be that he helped create the African-American middle class in the city and the region. Evans said, Barry was a legendary figure in the District.

“We are preserving a tremendous part of D.C. history as we honor our ‘mayor for life,'” she said.

That sentiment was echoed by D.C. Council Chair Phil Mendelson who said people saw Barry as a symbol of hope for 50 years.

“He gave voice to the lost, the last and the least,” Mendelson said. “This is an exciting day. It’s exciting because we’re placing a statute to a District of Columbia hero on Pennsylvania. Through thick and thin, the things Mr. Barry did were for other people and not himself.”

Del. Eleanor Holmes Norton acknowledged that opinions about Barry will vary but said that no one can doubt “the deep and loving affection of many Washingtonians for Marion.”

“Marion Barry was a champion of the people,” said Ron Baker, who is part of the Marion Barry Legacy Committee.

Baker said he has known Barry since 1976, when he was running for his second term on the D.C. Council.

“That’s why you see so many people out today,” Baker said. “They actually love him because he did things for the little person.”

Ron’s twin brother, Don Baker, said he did a final portrait of Barry several years before Barry’s death in November 2014.

“Everyone loves that portrait of him,” he said. “He did for a city what most mayors should for a city and that’s look out for people.”

Barry’s widow, Cora Masters Barry, also spoke to the crowd and said that despite Barry’s troubles, he was always about serving the people.

“As I look out over the crowd and see all these wonderful people here, it makes my heart sing,” she said. “Marion fought for the least, the last and the left behind. For those skeptics who will inevitably question why Marion is getting a statue, it is because of his selfless service. It is because Marion served the people until the day he died. Marion loved his people. He helped everyone.” 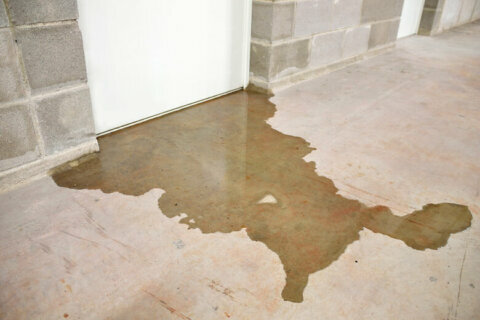