Students announced they plan to meet with all nine members of the board of trustees at Howard University on Saturday morning to discuss their demands to end the three-day sit-in that began on Thursday.
Listen now to WTOP News WTOP.com | Alexa | Google Home | WTOP App | 103.5 FM
(1/9) 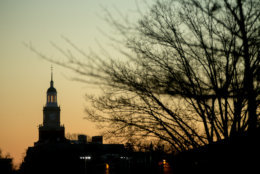 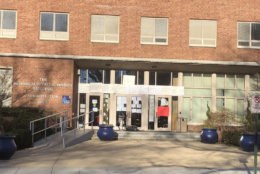 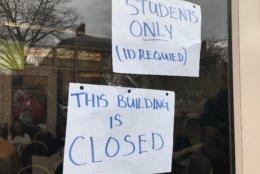 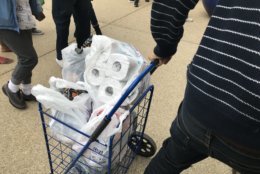 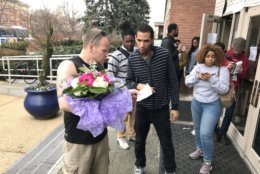 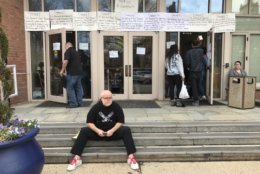 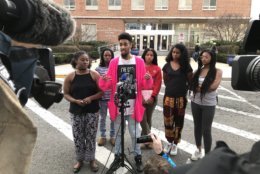 WASHINGTON — Students announced they expect to meet with all nine members of Howard University’s Board of Trustees on Saturday morning as the sit-in at the administration building on campus enters its third day.

A meeting between student protesters and two campus trustees on Friday yielded no progress.

Students told reporters Friday evening that Howard President Wayne A.I. Frederick was a no-show at the meeting, and they said negotiations won’t continue until officials get familiar with their demands.

“The most that they had seen [of the demands] was what we had posted in front of the building,” senior Alexis McKenney told reporters Friday evening.

The student group HU Resist has issued a variety of demands, which include adequate student housing for students under 21; an end to “unsubstantiated tuition hikes”; addressing food insecurity and gentrification in the surrounding neighborhood; and the resignation of both Frederick and the board of trustees’ executive committee.

“Throughout its history, Howard University has failed to prioritize the interests of its student body, and we refuse to suffer the impact of administrative negligence in silence,” the group said in a statement.

The protest began Thursday amid the fallout from Frederick’s statement Wednesday confirming a “misappropriation of university-provided financial aid funds” from 2007 to 2016.

That admission came 10 months after university officials learned about that misappropriation and one day after an anonymously sourced web article alleging misconduct.

Howard’s trustees responded with a statement of their own that characterized HU Resist’s concerns as “inaccurate.”

“How are our demands inaccurate if board members haven’t even read them?” McKenney asked Friday.

Some students said they will continue their sit-in, and even sleep-in, at the building until their demands are taken seriously.

At about 2:30 p.m. Friday, student Omavi Minder estimated that nearly 400 were inside the administration building. “We’ve just been seeing an influx of new faces,” he said.

Juan Demetrixx, a senior at the university, said protesters would remain as long as it takes.

“The most important are Wayne Frederick and the eight board of trustee members have to resign and the democratization of our university,” he said. “That is not something we can compromise on at all.”

Supporters — including families and local restaurants — have been bringing food, water and other supplies to the protesters.

More groceries, pizza and even flowers have been delivered here. And @HowardU alumni have been stopping by to talk to the protesting students and offer their encouragement @WTOP pic.twitter.com/JHF567oeT5

“We’ve just had an influx, an outpouring of love,” Minder said.

In a statement Early Friday, Frederick addressed HU Resist’s demands and told students that he’s listening to them.

“I am challenging my team to make the changes you are expressing a dire need to see. In addition to that, I would like to further increase the engagement with a larger and broader portion of our student body,” Frederick said.

An audit found that university employees who received tuition remission also received grants, according to the president’s public statement Wednesday. The combination of these actually exceeded the total cost of attendance. As a result, the employees pocketed the difference. 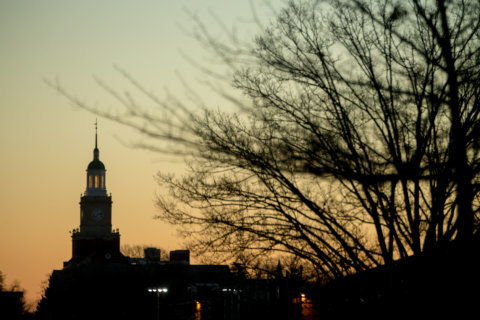