D.C. police charged a teenager as an adult with first-degree sexual abuse while armed in the case of a woman who was carjacked and raped at gunpoint earlier this month. The woman said she was forced to jump into the freezing cold Anacostia River.
Listen now to WTOP News WTOP.com | Alexa | Google Home | WTOP App | 103.5 FM

WASHINGTON — D.C. police charged a teenager as an adult with first-degree sexual abuse while armed in the case of a woman who was carjacked and raped at gunpoint earlier this month.

In the 911 call the woman made on March 20, she said she was forced to jump into the Anacostia River in cold, snowy weather.

Police arrested Troy Ashley, 17, of Southeast, one week after the crime.

According to a report from D.C. police, Troy approached the victim as she sat in her car on Buena Vista Terrace, SE, near the D.C. border with Maryland.

The suspect took out a gun, got into her car and forced her to drive to a secluded area where he raped her, the report states.

The victim said she was taken to Anacostia Park and forced to jump into the freezing Anacostia River before the suspect drove off.

Investigators said the woman kept her cellphone with her and was able to call 911 for help.

When rescue crews arrived, they found her “partially submerged in the Anacostia River, clinging to a concrete ledge at the shoreline,” according to U.S. Park Police Sgt. James Dingeldein.

“Park police officers were able to retrieve her from the water, wrap her into a blanket and place her in a waiting D.C. Fire and EMS ambulance,” Dingeldein said. 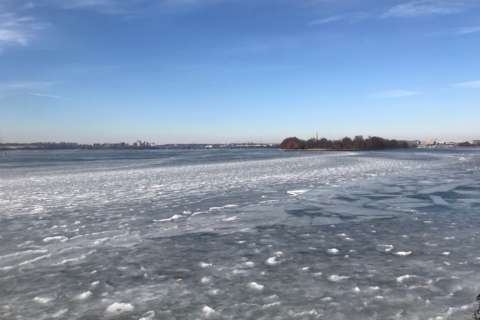 DC woman says she was raped, forced to jump into Anacostia River