That’s the word from Dupont Circle, where D.C.’s most stoic of pundits, Potomac Phil, saw his shadow while holding court in his seventh-annual Groundhog Day appearance Friday morning.

This year’s appearance was especially fraught, amid allegations of collusion with his much-more-animated cousin in Pennsylvania. (The very wiggly Punxsutawney Phil issued a similar weather forecast on Friday.)

Amid this media firestorm, Potomac Phil stood tall, maintained his distinctive poker face, and stuck to the talking points — which were issued through a spokesman, D.C. Councilmember Jack Evans.

“In Phil we trust,” Evans proclaimed after sharing the bad news. A chant from supporters ensued. 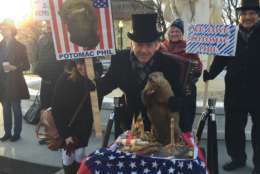 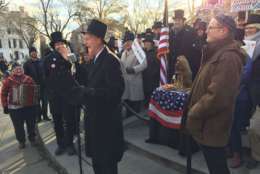 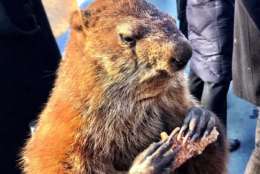 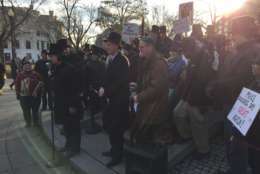