Staging began this week for roof and marble repairs to one of the most prominent structures on the National Mall, the Lincoln Memorial.
Listen now to WTOP News WTOP.com | Alexa | Google Home | WTOP App | 103.5 FM
(1/3) 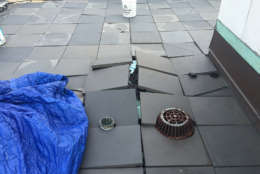 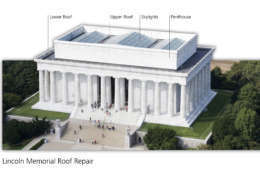 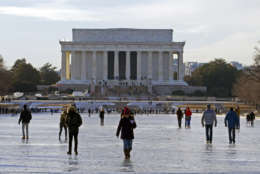 WASHINGTON — Repairs to one of the most prominent memorials along the National Mall began this week.

The $2.85 million project will replace the roof over the Lincoln Memorial and also repair cracks in portions of the white marble, which was damaged by the 2011 earthquake, according to the National Park Service.

This is the first time any earthquake-related damaged has been addressed at the structure. The Park Service opted to take advantage of the scaffolding needed for the roof repairs to address the marble at the same time, said Mike Litterst, spokesman for the Park Service.

The marble is in generally good condition and the earthquake did not cause any structural damage, Litterst said.

Last replaced 20 years ago, the flat upper and lower roofs of the memorial are failing, allowing water to stain the interior walls of the structure.

A five-layer roof system will be installed but will not alter the look of the structure, Litterst said.

Additionally, crews will also replace broken skylights above the statue and replace a decorative metal and marble ceiling.

However the north, west and south sides of the memorial will be closed to the public. Visitors will see scaffolding around the structure and white fabric covering a portion of the memorial, Litterst said.

Staging began on Monday but the construction will begin in earnest in a week or two and will last about eight months, Litterst said.

The roof and marble repairs are part of a larger overhaul planned for the memorial. The additional work will eventually allow the public to view the cathedral-like space beneath the memorial. 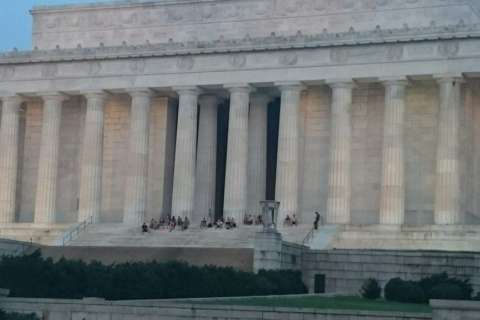 Park Service plans to open up area beneath the Lincoln Memorial 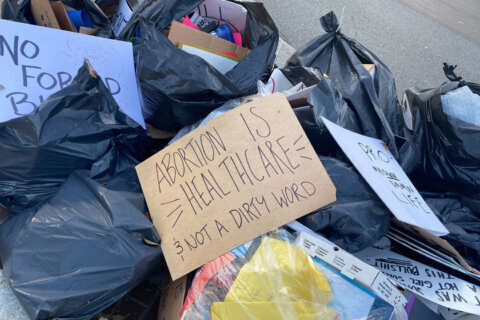