Coronavirus News: Fairfax Co. votes to increase substitute teacher pay | Is it time to get a COVID-19 booster? Which one? | Local cases of COVID-19 | How many in DC region are vaccinated?
Home » Washington, DC News » DC firefighter critically injured…

DC firefighter critically injured after being struck by ladder truck 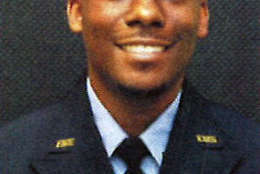 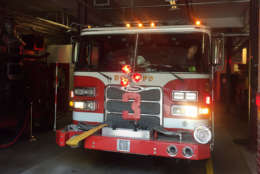 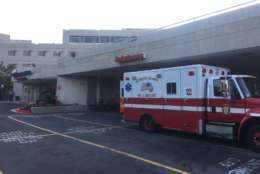 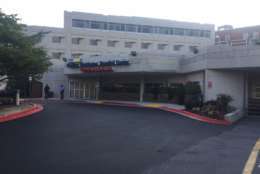 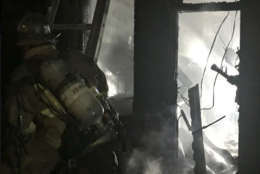 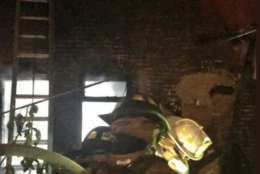 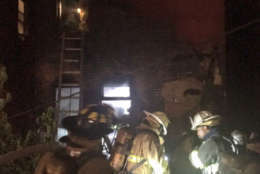 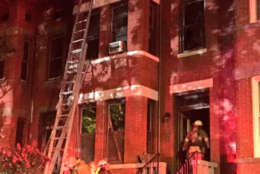 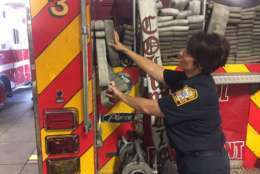 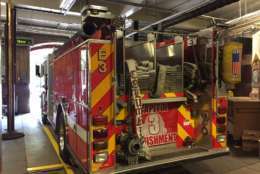 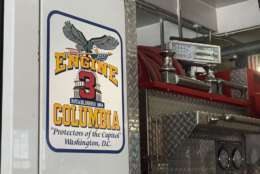 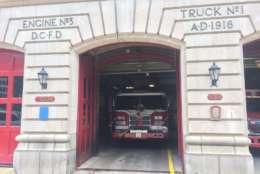 WASHINGTON — A D.C. firefighter was in critical condition Thursday after being struck by a ladder truck while responding to a fire in Northeast.

City Administrator Rashad Young said D.C. Fire and EMS were responding to a house fire in the 800 block of F Street Northeast around 11:30 p.m. Wednesday when the incident occurred.

Probationary firefighter Dane Smothers Jr., 28, who’s been out of the academy for three months, was preparing to battle the blaze when he was accidentally hit, Young said.

Smothers sustained “very serious injuries,” according to Young, and remains in critical condition. He’s being treated at Medstar Washington Hospital.

“We join his family and fellow firefighters in awaiting more information about his prognosis,” Young said.

Assistant Chief Craig Baker said Smothers was getting hose lines and other equipment ready when he was struck.

As of Thursday morning, Smothers was out of surgery but had suffered “multiple injuries above the waist,” Baker said.

Smothers’ uncle, who is also a D.C. firefighter, was on the scene responding to the fire as well.

While the incident is under investigation, officials don’t believe any protocols were broken.

D.C. Fire and EMS had a “busy night,” Young added.

They fought a number of fires throughout the District Wednesday night into Thursday.

In a statement, Mayor Muriel Bowser says it’s a reminder “of the bravery and dedication of our first responders.”

At the station, the accident has made some of Smothers’ co-workers reflect on the dangers of the job.

“Although you like to think you’re trained for everything, there’s always going to be a situation you’re not 100 percent ready to take on,” Dickey said.

Dickey added that while one young member is having a particularly hard time in the wake of this accident, most are holding up well.

“When you let something like this affect you, that’s when other accidents start to happen,” she said. “So you need to be able to learn to put that to the side.”

WTOP’s John Aaron and Michelle Basch contributed to this report.