Protesters returned to the Department of Justice on Saturday as part of a two-day protest against a controversial video released by the NRA.
Listen now to WTOP News WTOP.com | Alexa | Google Home | WTOP App | 103.5 FM
(1/12) 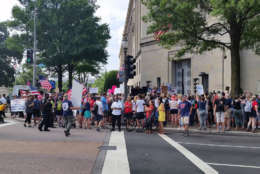 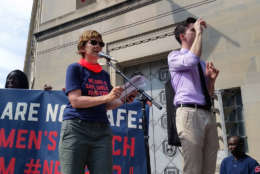 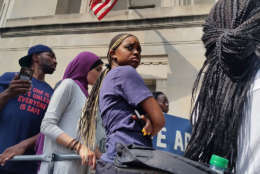 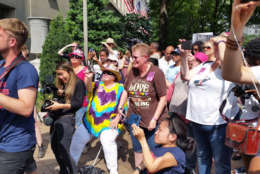 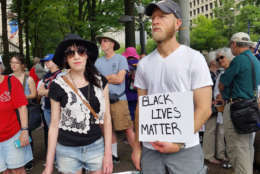 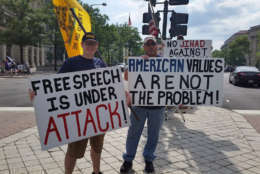 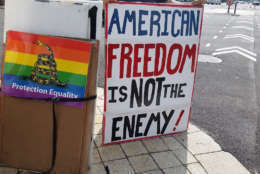 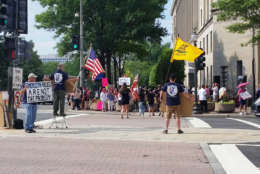 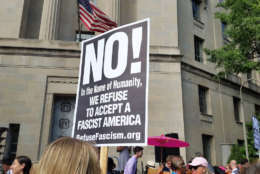 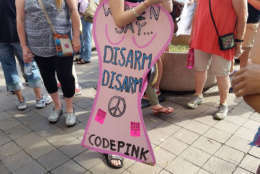 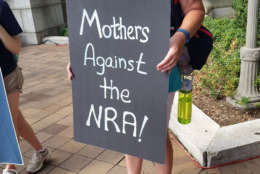 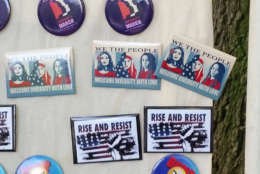 WASHINGTON — Saturday was day two of a protest against the National Rifle Association. The protests began Friday in front of NRA Headquarters in Fairfax, Virginia with the protesters walking 18-miles to the Justice Department in D.C.

They returned to the DOJ for another rally on Saturday morning.

Several hundred protesters, along with a handful of counter-protesters, were on hand for the rally that was organized by members of the Women’s March.

The protests are in response to an NRA video. 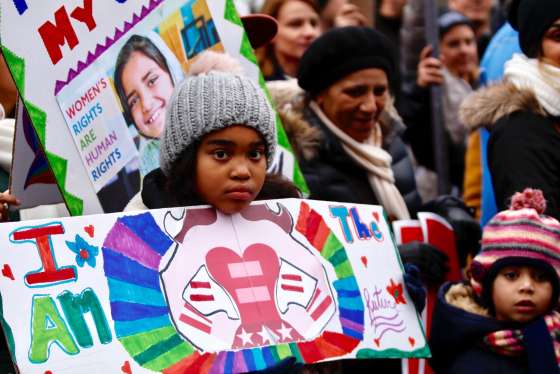 Hundreds of thousands of people gathered in D.C. for the Women’s March on Washington Saturday, Jan. 21, 2017. See photos, videos and tweets from the day’s events.

“Take down your dangerous and hate filled video insinuating violence against us,” said Kim Russell, an organizer with the Women’s March. “Issue an apology to us and to all Americans.”

The video in question is called the “Violence of Lies.” The video criticizes the violent protests that have been taking place in our country including the ones in D.C. on Inauguration Day.

The co-president of the Women’s March, Tamika Mallory, said the video provokes fear and suggests a call to arms against communities of color, progressives and anyone who disagrees with the president’s policies.

In the video, NRA spokeswoman Dana Loesch said the demonstrators “bully and terrorize the law-abiding until the only option left is for the police to do their jobs and stop the madness.”

The NRA had issued a second video that states it will not take down the original video. 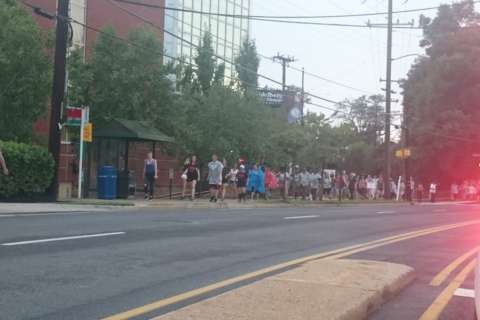 Protesters arrived in DC Friday to march from NRA to DOJ; lane closures 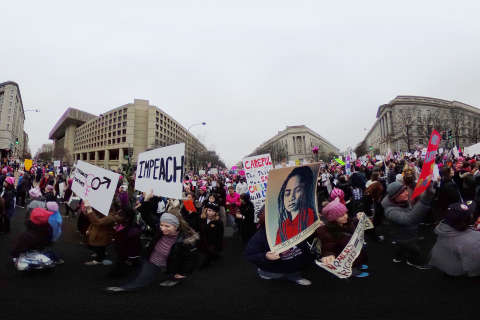