WASHINGTON — Well, that didn’t work out as planned.

Glory, one of the bald eaglets at the National Arboretum, managed what the American Eagle Foundation is calling an “accidental fledge” Monday night.

A fledging happens when a young eaglet flies out of the nest, and out of the tree it’s in, and manages a safe return. It comes at about 10 to 14 weeks of age, the foundation said, and is preceded by a lot of wing flapping, in order to get the flying muscles in shape, and “branching” — sort-of-flying to the nearby branches on the nest tree.

That’s not quite what happened Monday night. Glory took a wrong step and fell out of the nest at about 8:25 p.m., managing to recover and land on a lower branch, the foundation said in a statement. When the operators of the DC Eagle Cam found Glory, the eaglet was “preening and perching on a branch located below the nest, safe and sound.”

There’s no word on whether Glory was saying “I meant to do that.”

By midday Wednesday, Glory was on another branch, slightly lower than the first. Big sister Honor was still in the nest. It cannot be confirmed that she rolled her eyes at any point.

So the American Eagle Foundation is calling it an “accidental fledge.” It wasn’t a real fledge, of course, but Glory did flap its wings and land upright.

Honor and Glory hatched March 29 and March 30, respectively. The foundation said it’s hoping the pair will make their official fledges on or before June 20, which is American Eagle Day. 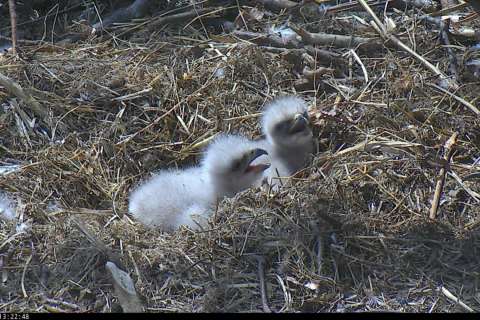 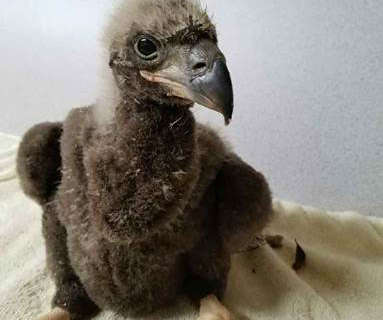