Martin's Tavern — a restaurant that the 35th president himself used to frequent — now has rare photos of Kennedy that have never been seen before publicly.
Listen now to WTOP News WTOP.com | Alexa | Google Home | WTOP App | 103.5 FM
(1/7) 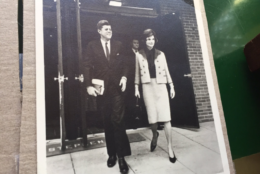 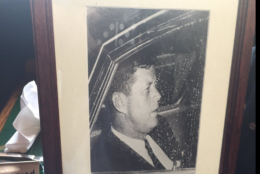 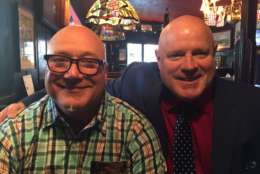 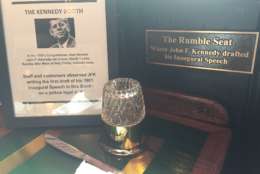 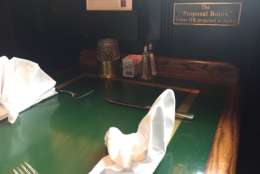 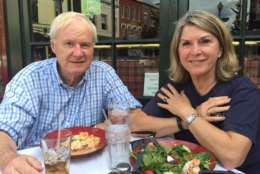 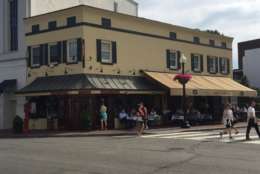 WASHINGTON — On what would have been President John F. Kennedy’s 100th birthday, a Georgetown restaurant that he used to frequent received a special gift.

Martin’s Tavern now has rare photos of JFK that have never been seen before publicly.

Kim Ciftci of Springfield, Virginia, said he was cleaning out his mother’s house ahead of her move to a nursing home when he came across some photos that she took when she lived in Foggy Bottom.

“My mother was a tremendous fan of JFK, as many people were, and she always used to carry a camera with her,” Ciftci told WTOP.

One was taken in Washington Circle as the president’s motorcade slowly went by.

It shows Kennedy apparently lost in thought behind a limousine window covered with raindrops. 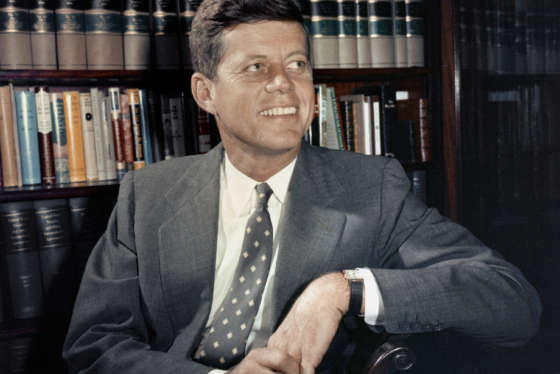 The 100th anniversary of John Fitzgerald’s Kennedy’s birth is Monday. Here’s a look at the life and times of the nation’s 35th president.

“A little while later, she happened to have her camera with her again, and the doors opened in front of St. Stephen’s Church and here comes JFK and Jackie out of mass, and she snapped her picture,” said Ciftci, who is a friend of the tavern’s fourth-generation owner, Billy Martin Jr.

“I thought the best hands they could be in would be here with Billy at this iconic restaurant where people can enjoy them,” said Ciftci.

“I’m just so excited to have these photographs because these are one of a kind,” Martin said. “We are going to put these up in display so the guests can come in and see them.”

As the story goes, JFK proposed to Jackie in one of the booths at Martin’s, which is now called “The Proposal Booth.”

Another booth, known as “The Rumble Seat,” is where a young Kennedy often sat reading newspapers, according to the restaurant.

Martin’s Tavern opened in 1933 and is the oldest family-owned restaurant in D.C.