Sports, academics team up to help students for DC nonprofit

In the midst of March Madness, another basketball tournament took over a D.C. arena for a day with just as much competitive spirit. The goal? To raise money for a local nonprofit that focuses on youth development called Student-athletes Organized to Understand Leadership, or S.O.U.L.
Listen now to WTOP News WTOP.com | Alexa | Google Home | WTOP App | 103.5 FM

WASHINGTON — In the midst of March Madness, another basketball tournament took over a D.C. arena for a day with just as much competitive spirit. 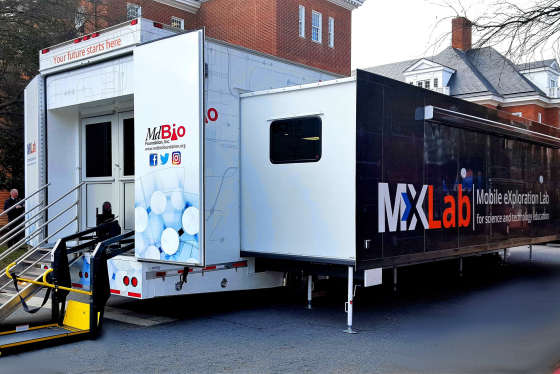 Businesses and high school student-athletes shared the court at an annual fundraiser Saturday for Student-athletes Organized to Understand Leadership, or S.O.U.L., a nonprofit organization focused on youth development in D.C.’s Ward 7. Teams from Merrill Lynch, Nike, Smithsonian Institute and more competed with each other at American University’s Bender Arena, raising money for programs that have been serving low-income student-athletes since 2013.

“We’re just trying to do the simple thing the people are overlooking like care for kids, really show kids that they matter, that they exist,” said Donald Curtis, S.O.U.L.’s founder and executive director.

What started as a summer initiative with six kids who live in public housing has grown to include around 100 students and two high schools: H.D. Woodson and Luke C. Moore. S.O.U.L. provides academic, professional and personal support through after-school study halls and training sessions.

It’s the focus on actively balancing academics and sports that Curtis hopes to inspire in student-athletes. “Using sports to engage kids academically is what helped me,” he said.

He played college basketball in Tennessee but knew going pro wasn’t in the cards for him.

“It had me re-shift my thinking like ‘all right, the NBA is not in my future. But I still wanna be successful. I still wanna have all these things … how do I go about doing it?’” he added.

A Prince George’s County native, Curtis — known as Coach Curtis to many of his students — started working in youth development part-time while holding another full-time job. He says he’d always felt that being involved in helping kids couldn’t be half-done, and it was his wife who finally gave him the final push to fully immerse himself in nonprofit work.

“I really want a Ferrari,” Curtis said with a smile. “… but I see so much stuff happening in the world around me, to people around me and it’s hard for me to really focus on anything other than really trying to figure out how my services could best be used to support people in need.”

For Urlick Evans, a student in S.O.U.L. at H.D. Woodson High School, Curtis supported him not just on the court but personally.

“I kinda look at him as mostly like a father figure,” Evans said.

When his family was having trouble buying groceries, Coach Curtis didn’t hesitate to help out, he recalls. “Anytime — I feel as if I could call him anytime I need something,” Evans said.

Another H.D. Woodson student — and S.O.U.L. ambassador — says meeting Curtis and being in the programs have helped her gain more leadership skills and work out her goals for higher education.

As a softball player, she hopes to continue playing after high school but added, “Female athletes have to work harder.”

Overall, about 2 percent of high school athletes get some form of college athletics scholarship, according to the NCAA. Even fewer go on to play professionally.

“I want to become a surgeon. I don’t know what kind yet,” she added, smiling. 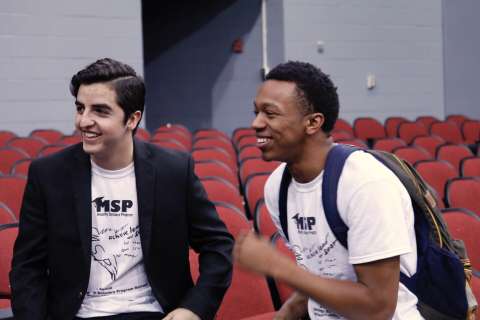