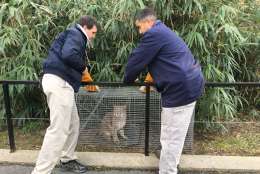 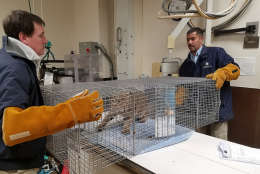 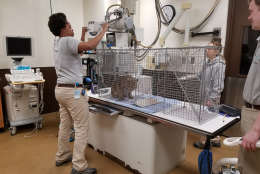 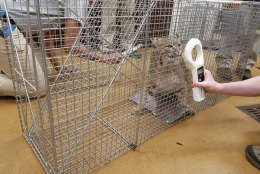 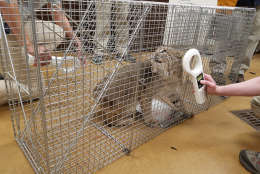 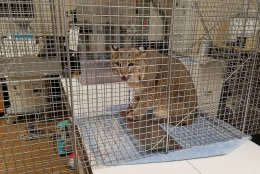 WASHINGTON — The bobcat that escaped from its National Zoo enclosure earlier this week was located Wednesday on zoo property.

Missing since Monday, Ollie — the 25-pound female bobcat — was located near the zoo’s bird exhibit Wednesday afternoon. She is in good health with only a small cut on her left front paw that zoo keepers are letting heal naturally for now, said Brandie Smith, associate director for animal care sciences, during a Wednesday evening news conference.

She was found after a tip from a zoo visitor who claimed to have spotted Ollie. Zoo staff set traps in the area, and about 15 minutes later, the bobcat was secured.

While the zoo isn’t sure how Ollie arrived at her final destination, National Zoo Curator of great cats Craig Saffoe said he believes she left her enclosure and went toward Rock Creek Park, following the creek before meandering back to her “home” — an approximate two-mile journey, he speculated.

Saffoe said he believes the Ollie sightings on Massachusetts Avenue probably were her and “she’s been coming back and forth coming that way.”

“The really important thing I think, and for our knowledge, is that she didn’t stray far away from home and she came right back home. She didn’t go too far, which is reassuring to us,” Saffoe said of the staff’s concern that Ollie’s time away could be attributed to her desire to be free.

“She wanted to go out, have a little bit of fun and see what it was like on the outside,” he said.

Earlier Wednesday, the zoo called off the search for the bobcat, adding that the zoo staff would still respond to any sightings that were called in. Zoo officials said they believed Ollie could survive on her own, especially if she made it to D.C.’s Rock Creek Park.

On Thursday, veterinarians will do a full check on Ollie to determine that she is fully health and doesn’t have any diseases that could be passed on to the other bobcats in the exhibit, Smith said.

There is no rush to reopen the bobcat exhibit that closed when Ollie went missing Monday, Smith said. Zoo staffers will continue to examine the exhibit to make sure a similar escape doesn’t happen again.

“It looks secure right now, so what can’t we see? How was she able to get through that mesh?” Smith asked. “Sometimes when you have a living collection … some things just go wrong sometimes, and so this is one of those instances where we are going to look at this and review it and make decisions and changes so this doesn’t happen again.” 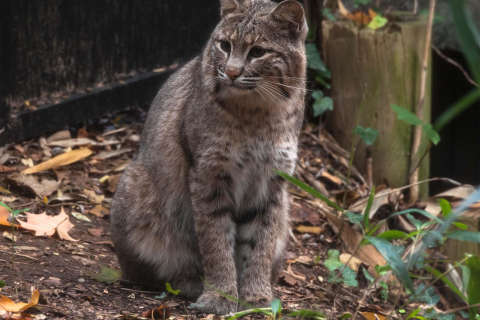