WASHINGTON — A Louisiana man admits calling in a frightening threat to a D.C. restaurant, and court papers indicate he was motivated by the false internet conspiracy theory known as “Pizzagate.”

On Dec. 4, 2016, a North Carolina man was arrested for firing a shot inside Comet Ping Pong in Northwest.

Police say Edgar Welch told them he had come to investigate internet rumors that a child sex ring was being run out of the restaurant by people with ties to the Hillary Clinton campaign.

Another man is charged with calling in a threat to a neighboring restaurant a few days later, as first reported by NBC Washington, WTOP’s news partner.

According to charging documents, on Dec. 7, 52-year-old Yusif Jones, of Louisiana, called Besta Pizza, which is just a few doors down from Comet Ping Pong on Connecticut Avenue.

Besta Pizza gave D.C. police the number of the threatening caller, and officers called it and reached Jones.

When they asked Jones if he was aware of Welch’s arrest, he said, “Yes, but I think the government paid him to commit that.”

Later, Jones admitted, “I made the call. I flipped out. I know what I did is wrong. I got a grandchild. I’m sorry.”

When police asked if he had weapons, Jones said he did not, because as a convicted felon he’s not allowed to.

In the charging documents, police say they confirmed Jones was arrested in 1989 on a cocaine charge.

On Thursday, Jones pleaded guilty in U.S. District Court for the Western District of Louisiana to a federal count of interstate threatening communication. 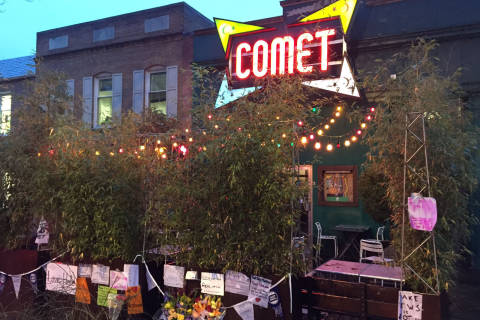 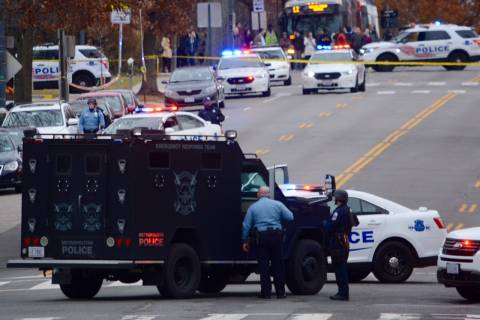